The many names of Micron 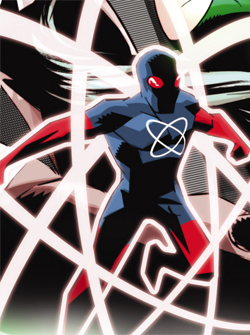 The Batman Beyond character Micron has no official public identity, a fact which yo has used to great effect to always call him a series of ridiculous names. Ridiculous names taken from any number of sources.

So here's a list of all the things Micron has been called (with links to the reviews where they appeared), as well as where those names originally came from:

Here's to you, Dr. Ralphus "Micron" Galkinsmelter, and your many outlandish aliases!

This entry was posted in addendums, DC, lists and tagged Justice League. Bookmark the permalink.