According to yo in today's review, the Classified Series Battle Android Trooper is a disappointment, because it looks too much like the vintage figure.

What could have been done to make it a better toy? Let's look. 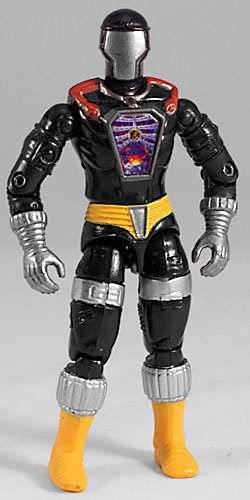 The original BAT was released in 1986; in 1991, Hasbro released what is popularly known as the "BAT v2," a new sculpt done in a rather ghastly orange and neon green. That same '91 mold was reused for a 2003 internet exclusive, painted in the traditional black and yellow. That combo made it possible to both look like a BAT and to not look exactly like the original BAT - proving that what we wanted for the Classified figure is doable. But we also don't want an exact copy of this figure, so let's continue. 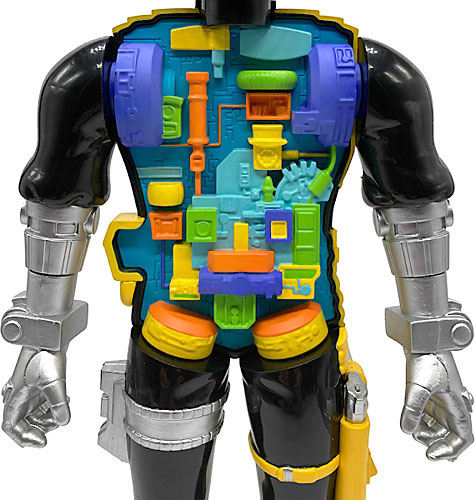 (This is from Super7's Super Cyborg line, which is still the standard G1 design, but offers something interesting: if Hasbro was intent on doing a removable panel on the chest, why not make it the full chest itself? Being able to remove the full chest to reveal more of the mechanics inside would have been a change from the vintage toy, and better than the blank black slate we got.) 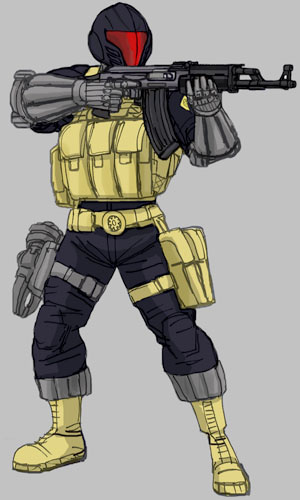 This is very similar to the standard look, but the larger alternate weapon hand on the right leg and the inclusion of a yellow tactical vest make it slightly different. Hasbro could have attached the vest padding to the removable chestplate, giving an excuse for not showing the internal workings at all times. 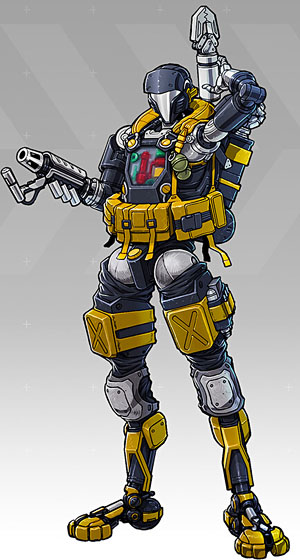 The limbs on this one are more mechanical, and the belt has been turned into part of a tactical harness. The patterns remain the same: a yellow strap (with grenades hanging from it) extends up the chest and around the neck, though that part is more of a collar here. This design even would have left the chest panel exposed, so Hasbro could still do the swappable plates if they wanted to. Adding a visor pushed onto the forehead above the faceplate is a cool idea, too. 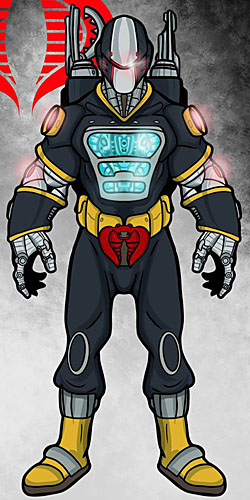 This concept makes the belt more modern, with a Cobra sigil buckle in the center, and adds a framework over the exposed machinery in the chest. The silver on the head now extends to the top of the head, which is definitely a change, but the addition of glowing ports on the joints of the arms is a cool element. 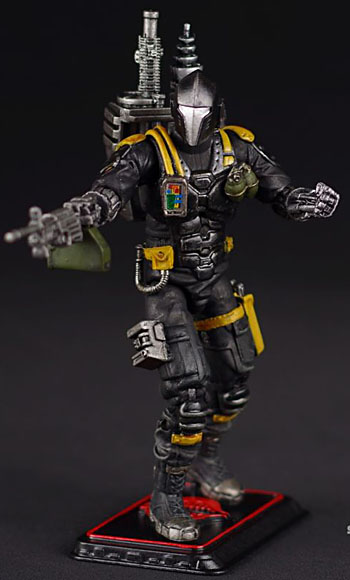 This custom by Stronox uses G3 parts to create a modern take on the BAT design. The chest is armored, which could have been done for the Classified toy's chestplate, and there are nice Cobra sigils on the yellow shoulderpads. There are still straps over the shoulders, plus small mechanical parts hanging in various spots.

So as you can see, there are many options for creating a B.A.T. that is instantly identifiable as a B.A.T., without having to merely up-scale the 1986 figure. Why, then, did Hasbro take the worst possible route for their new toy?

This entry was posted in addendums, commentary, customs, Hasbro and tagged GI Joe. Bookmark the permalink.