As mentioned in today's review, here's how Override was originally going to be a retooled Hot Rod: 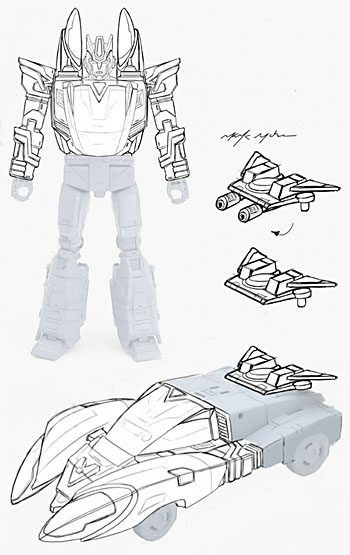 It could have worked, but what we got is better.