Let us tell you the story of Jeffrey Manchester, a thief nicknamed "Roofman," who has been living a life all of us would envy. 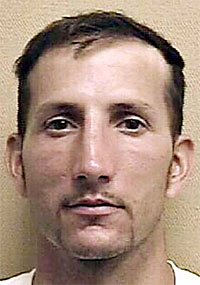 Manchester earned his nom de crime with a series of at least 60 thefts where he'd climb to the roof of a restaurant, cut a hole and slip inside to burglarize them. He was eventually caught (in 2000), and sentenced to 45 years in North Carolina's high-security Brown Creek Correctional Institution where, in 2004, he became the first man to ever escape. He then went on the lam, and found a truly ingenious place to hide.

He went into a Toys Я Us to avoid police, and found a gap behind the bike display where he could lay low. The store had everything he needed, including bedding and food. When they closed, he sneaked out of his hole, broke into the office and learned his way around the security system so that he could keep himself off camera. At night he'd ride bikes for exercise, play with remote control cars to pass the time, and switch around employee schedules just to be a dick.

He escaped in June, and lived in the store for months. But when Christmas approached, employees would start to be in the store 24 hours, and his hiding spot might soon be discovered. Doing some recon, he found that next door to the TRU was an abandoned Circuit City. He broke in, and found a place where he could set up shop in there. He cut through a shared wall into TRU's maintenance room, and fabricated a small door so no one would notice anything was amiss. He began stocking his new home with posters, toys, and a TV with dvd player so he could watch movies (also stolen from TRU). He wired his own electricity and redirected an A/C vent so he'd have fresh air. Using a baby monitor, he was even able to watch the front of the toy store, so he knew when it was safe to move about. 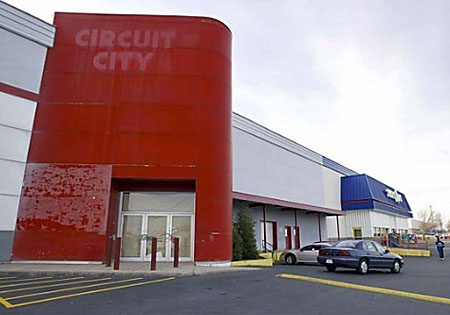 Needing money for those times when he wanted something he couldn't get at a toy store, he decided to rob... the toy store. He went back to his old M.O., robbing the place at gunpoint, and even pretended to run out the fire exit before crawling through his passageway into Circuit City. Missing human contact, he joined a church (under the name "John Zorin," perhaps because he confused "robbing a toy store" with "laser-blasting the face of the moon" or some other crime more befitting a Bond villain) and even got a girlfriend.

The day after Christmas he tried to rob the store again, but this time things didn't go as smoothly: two employees scampered, he was forced to abandon his plan and forgot to open the fire exit again, so the police thought he was still in the store. They discovered his path into Circuit City, his hidey-hole, and his fingerprint - on a copy of Catch Me If You Can. Ha! The police took the evidence to his girlfriend, and he was caught when he stopped by to see her one last time.

Anyway, for six and a half months, Jeffrey Manchester lived inside a Toys Я Us. Can any of us really say we wouldn't want to do the same?