Hi, folks, yo here. I found NECA's Hunger Games figures today, so this seemed like a good opportunity to share with you everything I know about the series. 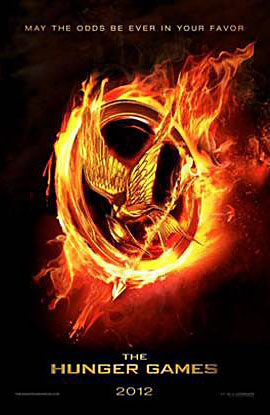 That's it. That is the sum total of what I know about The Hunger Games. I don't know if it's fantasy or sci-fi, if it's medieval, modern, futuristic, or post-apocalyptic... nothing. I hadn't read a single word of Harry Potter before seeing the movies, but I still had at least a passing familiarity with it: it was about the magic man at the magic school. This, though? It's a total ghost. The first time The Hunger Games ever breached the surface of the pop culture ocean was when it was optioned for a film. Or heck, maybe it was when NECA announced they were doing figures. This property was a total non-entity, but if they had deemed it worthy of toys, then there must be something to it. We've said before that NECA can sell you toys based on games you've never played, and now apparently they can sell you toys based on things you've never heard of...

*Discounting movie news sites, of course: "Hunger Games casting news", "Hunger Games poster revealed", etc. don't count for the purposes of this list item, because that's not someone talking about The Hunger Games, that's just a news item. The people who care about the book have two X chromosomes.

This entry was posted in commentary, lists, NECA, reports. Bookmark the permalink.

8 Responses to A heavily detailed post about The Hunger Games