It's time for our last Vitruvian HACKS accessory set review. This week: Ghost Light (Glow in the Dark)! 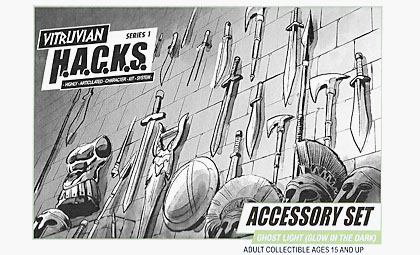 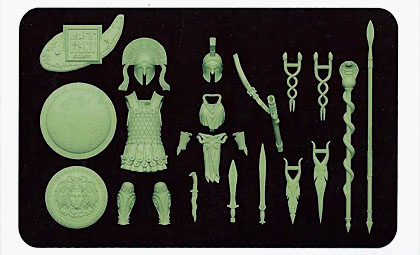 Yes, the spear is all by itself, because it wouldn't fit in either of the other bags, and the snake staff doesn't even get that much; it's just rattling around in the box.

The Ghost Light accessories definitely live up to their name: they are a pale, spectral green, and translucent enough to let the figure beneath show through. It really does look like other-worldly gear that's simply manifested itself around the body of whoever is wearing it. The glow is perhaps not as strong as it could be, at least compared to things like Slimer or the Dragon TOOB, but that may be because of the translucency: Boss Fight Studio had an earlier test-run of this set that used a solid, whiter plastic than the trans green the final product gives us, and while it may have had a stronger glow, it definitely wouldn't have looked as ghostly. 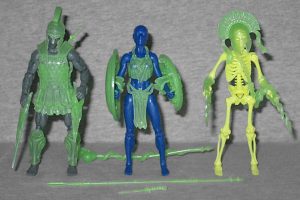