Handheld gaming at Toys R Us

You remember Will West, right? He's the one who told you about TRU's "Bump Up Program" and what a "Roto Hold" was. He's definitely a friend of the site. 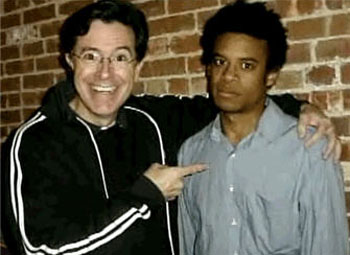 Will discusses nerdy things on his own site every Friday, so you should go check that out.

He's also a Toys Я Us veteran, so with the news of the chain's imminent demise, we asked him if he had any strong memories of it. We were originally going to make it part of Shocka's POA, but the story was too good for that, and deserved to stand alone. So without further ado:

I've been through two Toys "R" Us liquidations at this point, so I basically feel like an X-Man witnessing a Jean Grey death. It's like, "Oh, it's this again?" While I'm an outsider during this liquidation, I was a full participant when my Toys "R" Us in Wheaton, MD closed back around 2006. That place was my very first job, which I started about two weeks after my high school graduation in '99. I would come home from college to work "holiday" and summers until it closed. I've got a ton of TRU memories, which I'll probably get into at some point, somewhere, but what I'm thinking of lately is how it all ended at that store. 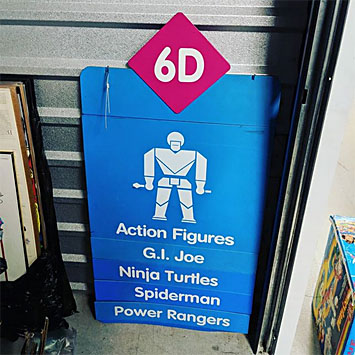 Even if Toys Я Us closes, they can't take this away from me. Well, they could, but they'd have to find me first...

Liquidations are an interesting time because you deal with two-faces and just straight up assholes. The two-faced folks will tell you how sorry they are to see you close, and how they feel bad for all the folks out of work, meanwhile they're asking when, exactly, is your last day so they'll know when the discounts get deeper. The straight up assholes would just ask, "Hey, when y'all closin' and when are the sales gonna get better?" Either way, you're dealing with a populace that doesn't really care about you, but is rather out for themselves. At the same time, society seems to expect some sort of Titanic-level stewardship, where store employees are to show class and provide the utmost in customer service until the bitter end, as the ship goes down. Nah, playa. You don't care about me, and I don't care about you.

I worked at Toys "R" Us because I always loved toys, and this was a way to get paid for that love. I actually went to college with the idea that I'd graduate and go work for Mattel or Hasbro. The problem, however, is that there was no real "toy curriculum" at that time. Sure, times have changed, and there's no shortage of programs now, but at that time, those companies really didn't know what to do with me. So, I'd bide my time, "edging up" (that's when you line an item right up on the edge of the shelf, so that it's front and center for the customer to pick up - plus it makes it look like you have more stock than you really do), and buying the toys I collected right off the truck. They say that if you love what you do, you'll never work a day in your life, and I loved working with toys. I hated people, but I loved the toys. The environment actually caused me to become more brazen, and none of this was more evident than when my store announced it was closing.
We had just come off Christmas - I mean, it had been the week prior - and I came in to "Store Closing" signs. I guess Santa got his wares from Walmart that year. What did this mean? How long did we have? These questions and more were in my head, but what seemed like something frightening turned out to be one of my favorite periods in my adulthood. The closing of Toys "R" Us Wheaton basically became "Operation: Just Don't Give A Fuck."

At first it was really weird to go from Guy Who Loves Toys and Genuinely Loves Helping Customers to Guy Who Can't Be Bothered Because It's All Over, So Who Cares? "Oh, I'm so sorry to hear you're closing." Really? Maybe you should've shopped here more often. At first it was uncomfortable, but eventually it became freeing. This was especially true when the liquidation brought out the worst in customers. What's one of the first things that stops when a store starts closing down? Returns! All sales are final. So, yeah, it sucked that this was right after Christmas, and folks had returns to make, but it's not like it is now. There were other Toys "R" Us stores they could've gone to, stores still accepting returns. Some folks understood this. Some didn't. One guy told my manager that he wished cancer upon him. So, before you think, "Will, you were such an asshole," just know that I was only dishing back what I was getting, without the fear of corporate retaliation. We were a Toys "R" Us in name only by that point, and Geoffrey could no longer be bothered with our cries for salvation.

Aside from the fact that we offered basically no customer service whatsoever, it was also fun because we just got to push the boundaries of what was generally acceptable. Anything we'd ever had a fleeting thought about trying was now fair game. Want to turn the intercom into a pirate radio station, complete with inappropriate accents? Now was your time. And we did it. Ever wanted to go "Office Space copier" on some store fixtures? Now was your chance. There's one thing, though, that I'll never forget.

One day, this guy came in who seemed a little... off. I can't really call 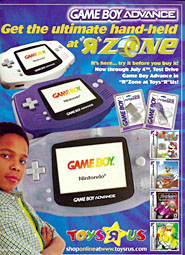 him a "kid," 'cause he was physically over 18, but mentally was a different story. Anyway, his father was with him, and he wasn't much better off than the son. So, father and son go over into the R-Zone, which was the fancy Toys "R" Us name for the area of the store where they sold videogames and electronics. The son goes over to play the floor model of whatever iteration of the Game Boy Advance that was out at the time, and I kinda stopped paying attention.

Later on, a customer comes up to me at the register, points to the son, and says, "Y'all might wanna check on that guy. He's not all there." I wondered what he meant, but also noticed a bit of a crowd growing. And then folks started running over, managers included.

We had a manager who had a real hard-on for the police. He always wanted to be a cop (I think because he hated minorities, even though he was from El Salvador. Go figure!), and was something of a siren chaser. So, he saw this as his golden moment to call 911. The R-Zone got cleared out except for father, son, and management, and the cops came and tackled the shit out of that kid. They may have even tased him. He didn't know what hit him.

At this point, I'm reminded of Mallrats: "Well, did he finish or what?!" I honestly don't think so unless he had a fantasy involving being gored by a Montgomery County Police officer. Honestly, it was probably excessive force, but we didn't know about such things then. These were more innocent times, of course. Eventually, father and son were sitting out on the curb, their hands in zip ties. I honestly don't know what happened after that. During the liquidation, though, we totally sold that Game Boy Advance.

To all my fellow brothers in TRU arms, keep your heads up. You've worked hard and the time for rest is nearly upon you. The next few weeks and months might be trying, but just know that you are appreciated. I tried to do my part, buying something almost weekly, but I'm only one man, and the evil folks at Bain Capital put you in a hole there was never any real chance of escaping. If you're gonna go out, go out in a blaze of glory. Now's the time for making memories. It's what Geoffrey would want you to do.

This entry was posted in addendums, commentary, TRU and tagged Nintendo. Bookmark the permalink.