Well, looks like Zombie Lab may be in need of new partners if it's going to continue, because Boss Fight Studio has purchased the parts they developed for Locker Toys Group and is doing their own zombie line:

Boy Oh Boy do we have some exciting news for you guys as we lead up to our very first appearance at New York Toy Fair! 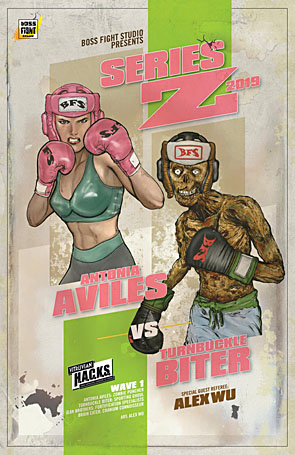 Back in June of 2018, Boss Fight Studio purchased the tooling & visual assets of a product line that we closely collaborated on to develop, engineer, and sculpt creating a generally H.A.C.K.S.-Compatible offering.

Over the past few months, team Boss Fight has taken the time to revise and enhance the acquired assets to meet our (admittedly VERY) high level of standard and improve functionality. We have even included the addition of new elements in order to make this a truly unique take on the Zombie concept. A take that is worthy of the Vitruvian H.A.C.K.S. expression.

Be prepared! The Zombie Apocalypse will never be the same...

The first wave will include:

This entry was posted in news and tagged Vitruvian HACKS, zombies. Bookmark the permalink.