The Matrix of Leadership is in South America?

At 19, Ismael Meza generally goes by his middle name. The Paraguayan man carries his ID with him at all times, because people think he's joking when they hear the full thing.

Ismael's father Victor grew up loving Transformers, so he named his son "Optimosprayn." 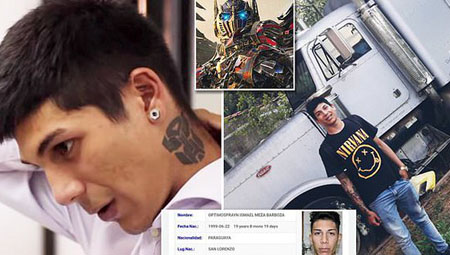 Coming up through school, teachers refused to believe him when he introduced himself and the other kids made fun of him. He's since come to embrace the name - and so has his mother, Yolanda, who wanted to name him after Puerto Rican pop star Chayanne (which shows that perhaps both parents aren't the world's greatest decision-makers - or are at least total nerds for different things).

These days, Optimosprayn is accustomed to the jokes. He's even got an Autobot tattoo on his neck. "The comments that are bad I just listen and laugh at now. And there are some that are funny. If you're not going to laugh, it's a lost day."