Before filming began on Return of the Jedi, Carrie Fisher was shown the concept art for the costume, which scared her into increasing her workout routine. She believed that was the entire point of showing her the design. No matter how toned she was, she still wouldn't be able to compete with today's review: 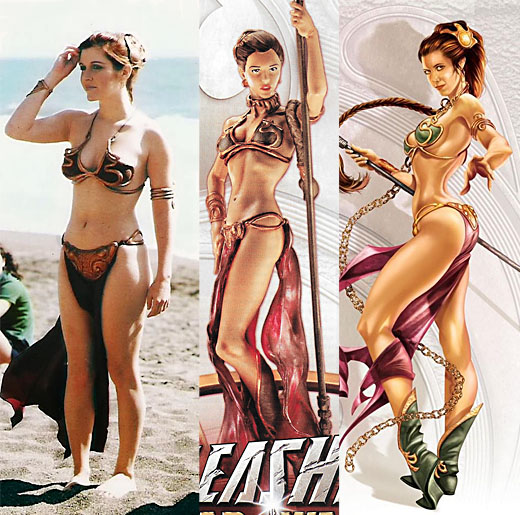 That's a candid shot from a Rolling Stone photoshoot promoting the film, a magazine ad for the figure line, and the card art for the first release. If her waist looks weirdly skinny in that last one, there's a reason for that: the piece was drawn by J. Scott Campbell, then painted over by Hasbro's in-house artists (explaining why it also looks slightly flat).