This is the latest in a series (of indefinite length and regularity) of blog posts memorializing cancelled toys. Our figure today is Hasbro's Jurassic Park Styracosaurus.

Today's Hammond Collection Triceratops review compared Mattel's work to that of David Silva's Beasts of the Mesozoic. But Silva has worked on official JP in the past, when the license was with Hasbro. 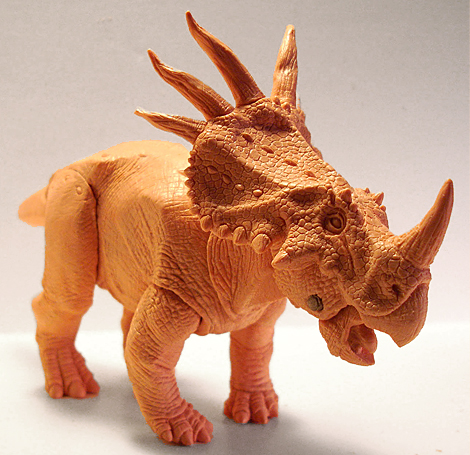 This Styracosaurus was developed for that 2010 GI Joe/JP crossover line that never happened (or was at least developed at the same time). In fact, Silva also worked on the Pachyrhinosaurus that eventually saw release in 2013's Dino Showdown exclusive line. No one in the fan community knew the Styraco was even in the works until Silva posted photos of the prototype on his site a few years ago.