This is the latest in a series (of indefinite length and regularity) of blog posts memorializing cancelled toys. Our figures today are ToyBiz's "Flying Fighters."

Although today's review said Maggott never got an action figure in the '90s, he very nearly did. At Toy Fair 1998, they showed off a planned subline of the X-Men line (related to the "Secret Weapon Force" figures) that would have all included wing backpacks (similar to 1997's "Missile Flyers"). The planned lineup was "Age of Apocalypse" Mr. Sinister, Cyclops, Jean Grey, and Maggott: 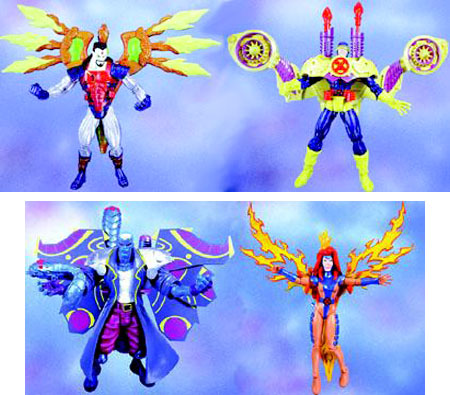 By April of '98, the subline had been removed from the schedule, possibly to be released the next year. But while the Spider Man "Street Warriors" (another Toy Fair '98 reveal that got pushed back) did all eventually see release, none of the "Flying Fighters" did. Which was an absolute shame, because they were some of the best-looking prototypes we'd ever seen.

To this day, we still don't have an AoA Sinister: 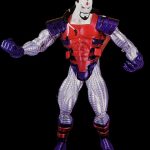 Under that stupid hover pack was a plain "classic" Cyclops. Too bad no photos of that exist: 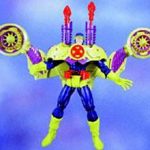 Maggot, about to wait 25 years for another chance at plastic: 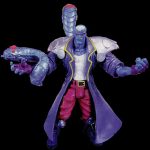 Jean Grey and her Phoenix effect looked outstanding, so of course she had already been pulled from the assortment to make room for yet another Wolverine (no prototype of him was ever shown): 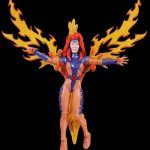 Jesse Falcon explained that with the cartoon off the air by that point, sales were slowing down at retail, so ToyBiz opted not to push the product out. We really missed out on some cool toys!

This entry was posted in addendums, cancelled toys, Marvel, ToyBiz and tagged X-Men. Bookmark the permalink.