DST to make Marvel Select Hawkeye - as an exclusive

Diamond Select toys has just announced that they're making a new comic-based Hawkeye for the Marvel Select line. Considering how rare and expensive the Marvel Legends Hawkeye is, this is good news for fans of Clint Barton. 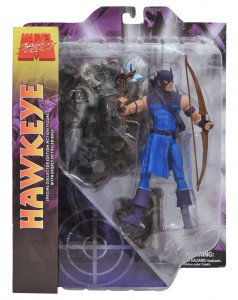 Notice the cute little Wasp sitting on the tip of his arrow? Awww! Now for the bad news: this figure is a Disney Store exclusive. Since most of the Disney Stores that used to be in malls have shut down, finding this figure will be tough. To say nothing of the fact that they'll probably be about $5 more expensive than they should be. And Hawkeye's just the first one. Take a look at what's shown on the back of the box: 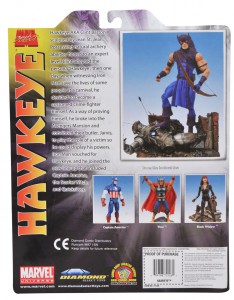 Look for these starting in August.