Rustin's Spoils of the Week #98

Another week, another haul. This time I was sucked in by the Iron Man polybag available at the Lego Store (with a minimum purchase), hence I finally stocked up on some sets I had been eye-ing for awhile. And then, of course, I finally got around to my monthly MattyCollector pile. Lets us take a gander, shall we? 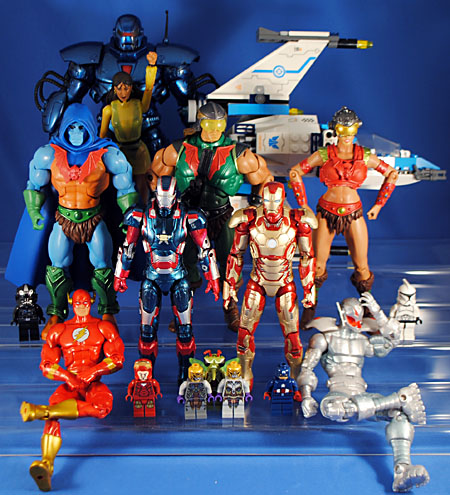 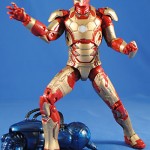 I'm still not crazy about this armor, but I have to admit this is a pretty cool toy. Despite its many paint flaws (and it was the best of the three on shelf), i.e. sloppy lines and thin paint on the thighs, I'm surprised at how much I dig this figure now that he's open and in-hand. The colors seem pretty accurate to the film and the detail in both paint and sculpt really make this guy stand out. Sure he lacks the accessories like the Iron Man 2 one had, but the sculpt and articulation make up for it, as does the the BAF arm. Plus, it's pretty much the only scale now that one can complete a set of fully articulated main armors, so that alone makes this worth it - and fortunately it's a cool figure too. 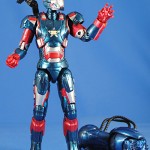 I'm not crazy about Iron Patriot but this figure overcomes that disinterest in me. The colors here really combine in some way (it's probably the dark metallic blue plastic which looks darker than in the film) to really become a cool new armor in my mind. Also following in suit, the sculpt, paint and articulation are great. The shin armor is designed in such a way that there is ostensibly no ankle articulation sadly. The neck articulation also doesn't swing back as much as Mark 42 or as I'd like, but the torso balljoint swings back pretty well giving you the ability to "look straight up" as well seem a bit more natural in pose too. The shoulder cannon is fully articulated too, but in at weird angles which I can only assume is accurate but since it had so little play in the film it's hard to be sure. For something I expected so little of this is quite possibly my favorite of the six figures from the line! 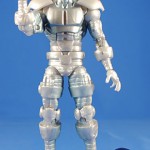 We finally get a 6" scale "classic" Ultron, and the new head and shoulder pads work well enough that I have no problem with this being a re-use of Titanium Man>. The plastic is a nice bright silver with some good blue airbrushing and red highlights. It may not be as accurate as the DST Select one but this is good enough for me and I'm quite happy to at last have this character in the collection. 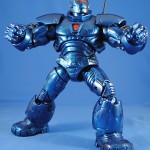 This probably the last interesting/"worthwhile" B.A.F. we'll be getting for a long time but it is a good one. Cast in a dark, pearlescent blue plastic it's automatically a favorite for that alone but he gets plenty of articulation to make sure he's fun too (though most of it is in the legs - bicep swivels and and balljoints at the wrists are conspicuously absent). The sculpt is darn good as well, and so markedly similar the 4" one from a few years back that I thought it was just a scaled-up version at first. Monger is a darn fine BAF - he's a good figure in his own right and really only requires the purchase of one bad figure to complete him (comic-version Iron Patriot). The one-BAF-across-two-series approach is a weird one and it'll be interesting to see how successful it is. Having to wait several months to complete him was pretty annoying but now that he's built I'm quite pleased. 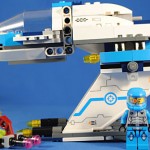 I was fairly disappointed by the Galaxy Squad theme when it was revealed, but I've become nearly obsessed with this set since playing with the one my friend got/built. This is the best toy Lego has put out, by which I mean it is the most play-with-able! Its B-Wing/Lost In Space Bubble Fighter design is pretty neat looking and his highly swooshable. Bricks with eaves help lock the wing-blades on so they don't pop off in your hand but best of all is the gryoscopic cockpit! It's perfectly executed to keep the pilot level to the ground despite all the wacky twists and turns you fly him through - plus it pops off from the body as an escape pod, complete with two smaller wings. Add to that the larger wings' ability to fold in and become landing gear and a cool little Bug Space-Jet-ski and you get a flawless set. At $20 this is a great value, in Lego terms, and I wholeheartedly recommend this to everyone! 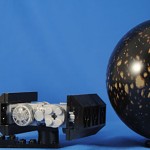 This isn't the most exciting of the mini-ships/Planet series but it is pretty cool. The "Planet" this time is the Empire Strikes Back asteroid belt and is painted as a star field with asteroids wrapping around the equator which is actually neater than I expected. The TIE Bomber build is likewise more clever and enjoyable than expected, for instance the wings are attached via ratchet-joint meaning they are articulated which can lead to some "expanded universe" fun. Finally, you get a boring old TIE Fighter Pilot filling out the rather dreary color palette of the set. It may look bland, but in hand it's a pretty nice set. 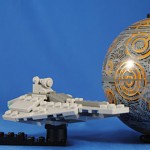 This is probably the best of the Planet line so far. First, you get an Episode II Clone Trooper, not unique to this set to be sure but still a cool looking trooper! Then you get a surprisingly fun-to-build "baby Star Destroyer," which happens to be a favorite design for yours truly. It's a fairly clever build and is pretty swoosh-able in it's own right. But the real star here, the clincher for the "best in line" title, is the utterly awesome paint job on the planet! It's beautiful multi-tone affair that is just... well I love it! If you get only one of these, make it this one! 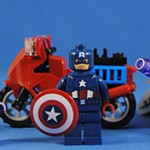 I've read that this set is slated to be retired in the next quarter or two so I figured I'd better buy in now. You'd think that a set with Captain America and some ar,y-builders would be "easy money" from me, but sadly this set is rife with disappointment. I really don't care for the Chitauri designs from the film but this set does a decent job of Mini-Figuring them and their little builds are decent enough. The bigger issue is that Cap is cast in such a dark blue that it nearly ruins him. In light, though, it's good enough to be survivable. I like the painted on cowl, but the fact that it isn't a removable helmet is a bit incongruous with the other Superheroes mini-figs. However, the main problem with this set is his horrible, awful, gigantic motorcycle. Not only is it two pre-fabbed pieces (thus ruining the fun/point of building bricks) it is actually taller than he is! Ultimately this is $13 out the window for a must-have character and I'm bitter about it as a result. 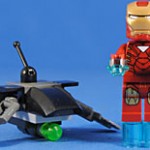 This is the same Mark VI Iron Man that came with the utterly unimpressive "Loki and Hawkeye ride in a truck" set, so I'm pretty happy to get this without having to buy that. It's the first Lego Iron Man I've gotten and the helmet's size didn't bother me at all - until I stood him next to Captain America and the size difference between the noggins was exceptionally noticeable! Hopefully one day they'll make a (mass market) version of Iron Man with just a painted Mini-Fig head. The build that's included here is a made-up Drone, but I gotta tell you it looks great! In fact, it's so neat it's appeal is equal to Iron Man's. A simple but gorgeous design, I really like the buzz-saws as wings! And, since they are connected by their handles, they're articulated as a result. It's really a bummer this wasn't a mass-market exclusive because it's one worth having multiples of. 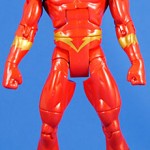 Well, I guess some folks are into this but me? I think this is a rotten release. He may be a popular character but this is just a wildly boring thing from DCSC. He gets a new head and... and... and absolutely nothing else. It's just the Flash in darker colors - yawn. If you're going to give a spot to a "different costume" then at least give it to '90s Aquaman or classic Kyle Raynor - something that doesn't just look like an evil repaint. Or, at the barest of all minimum give him an accessory (preferably a new speed-streak thing or at least those wrist-electricity pieces). Certainly don't waste it on a figure with enough mainstream appeal that he could be released at retail! As is, this is just offensive. Particularly for $30!!!!!!! 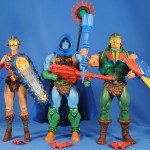 Contrary to my stance on Flash, I'm surprised there were folks upset about this set. Sure it's a high priced three-pack which after the misery of the Star Sisters should never have happened, but hey - it's three cool looking figures and they represent vehicles that will not get made in this line, so it's like a win-win. The line in fandom appears to be roughly drawn between the "hardcore" MotU fans, who are upset by made-up characters getting made ahead of legitimate figures or characters, and "casual" MotUC collectors, like myself, who are mainly in this line for fun/cool looking toys. Both sides have valid points/stances, but being in the latter I'm proud to announce that, like Fang-Man, these were a major contributor to me subbing in again this year. These are just goofy, super-fun looking toys - MotUC at its best. 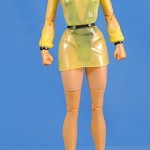 Don't you love it when a company starts a line with their best figure first? It's like have an amazing appetizer followed by a so-so meal and a mediocre desert. Well, Silk Spectre is that desert and as such is more like her common-law husband, the detached Dr. Osterman than her teammate Rorshach. Her only accessory is the line-standard base but at least she gets some new sculpted parts - head, arms, torso and "dress." Granted, that is a lot of new tooling (for Mattel...) but it doesn't feel particularly exceptional or exciting. I do dig the translucent rubber used for the dress which helps create the sheer look of one of comics' worst costumes. Sadly (but expectedly) that isn't carried over to her arms, however I do commend them/appreciate that there is some skintone color sprayed on them to help give the illusion of transparency. Ultimately this isn't that exciting of a figure, but it's not that exciting of a character. I guess I just had hoped they'd come up with some clever thing to "plus" her up.

16 Responses to Rustin's Spoils of the Week #98