"Transform and Roll Out," the first episode of Transformers Animated, premiered exactly 10 years ago today: December 26, 2007, at 8pm. In honor of the anniversary, here's some cool art by KKing: 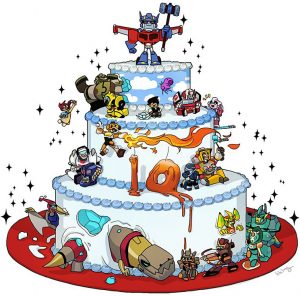 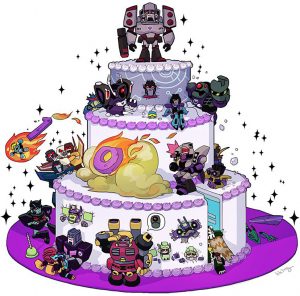 We're all still waiting for some continuation of this influential franchise, Hasbro!

This entry was posted in Hasbro and tagged Megatron, Starscream, Transformers. Bookmark the permalink.