In today's review of the X-Men Marvel Legends "Age of Apocalypse" Morph, we talked about how the character's inclusion in the crossover was inspired by the cartoon. But the inspiration runs both ways.

X-Men the Animated Series was never above adapting its episodes from classic stories in the comics - it managed to do the entire Phoenix Saga better than two movie attempts, for example - and at the beginning of Season 4, it tried its hand at the Age of Apocalypse. 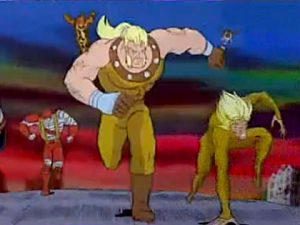 The two-part "One Man's Worth" aired in September of 1995, mere months after the crossover had actually ended in the comics - given the huge production time for a single cartoon episode, the writers must have gotten wind of the idea almost as soon as the X-Office at Marvel had started working on it. Which would explain why other than the broad stroke of "Professor X is killed in the past, changing the present," the plot of the two stories is completely different (and also why a two-parter is so jammed with repeats and recaps that there's barely enough material for a single episode in there).

While the TV show's script would have to be locked down pretty early, the character designs would have had a little bit more flexibility, which is why those were able to use (rough, hastily created versions of) the AoA comic costumes for background characters - including a scene where we see Morph sitting sadly on the ground after a battle. 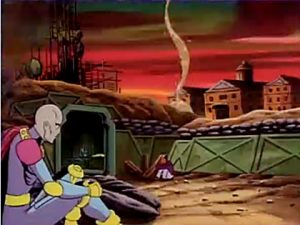 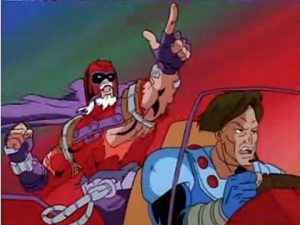 This entry was posted in addendums and tagged X-Men. Bookmark the permalink.