You know those Lego Mario sets? The ones with the electronic eyes and mouth? Turns out they get firmware updates, too, and the latest one is doing something creepy:

So, was fiddling about with LEGO Mario for the first time in ages cos of that new treasure hunt update and pic.twitter.com/Ztk44ZAY3G

Yes, that's Mario plaintively calling for his brother - a brother who's rumored to be coming in one of this summer's new sets. Which might be kind of cute, if Lego weren't using electronics to advertise directly to children in a space that should be all about play.

'80s kids may have been the first generation to grow up with TV shows that were glorified commercials, but at least a He-Man toy never woke up one day years after release and specifically spoke in a real human voice to say he missed Battle Cat. Marketing to kids through their toys like this is kinda sus, Lego.

And of course, Simpsons did it: 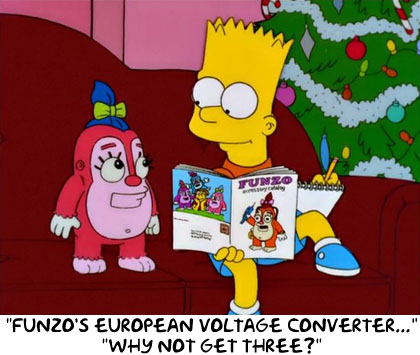 This entry was posted in commentary, Lego, news and tagged Mario, Simpsons. Bookmark the permalink.