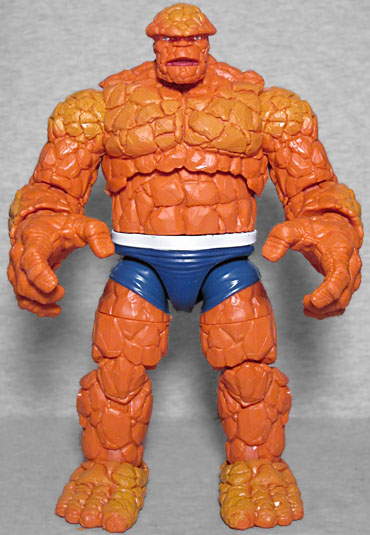 With his nearly indestructible body and incredible strength and stamina, the Thing possesses the ability to crush evil.

This Thing is, obviously, the same mold as this Thing and this Thing - it's an expensive mold and the more Hasbro can reuse it, the better for them. And it's fine for us, because the Fantastic Four have changed costumes over the years, and this toy wears one neither of the existing characters did: the dark blue with the white accents. And hey, new hip pieces! Both the previous ones had little shorts that came down to the thigh joint, while this one is wearing trunks. Unlike the mass market Thing, the Retro Collection includes the alternate hands - they're hidden behind the label in the tray.

the meh one on the Walgreens release, but no such luck: it's still got the infuriating yellow highlights painted on, meaning it'll look fine on the more recent release (the oranges are slightly different, but not drastically enough to be an issue), but not on the older one. This sculpt seems to be based most heavily on the '90s Fantastic Four cartoon, with the eyebrow ridge being a connected part of the scalp dome, and the large lower jaw hanging open slightly. Additionally, there's an alternate head showing him gritting his teeth. Nice enough sculpts all around, but again: the paint. No. 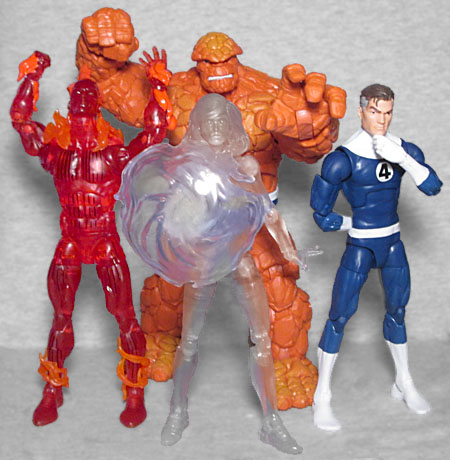