In today's review of "Legendary Riders" Ultron, yo really disparaged the figure's original design. But if you look at the actual control art, you can see that things might not have been so bad. 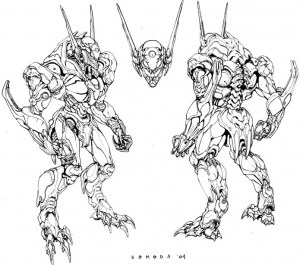 See? The art is definitely a lot more "Ultronish" than the first prototype was - if you look at the head, it even looks the way it's supposed to, rather than like a robot dog. Weird as it is to say, I think we have to lay the blame for this one on the Four Horsemen. The drawing of the head got misinterpreted, the eyes were put in the wrong place, and everything went to hell. Don't believe us? Here, compare the first sculpt to this colorized version: 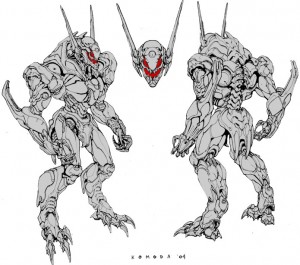 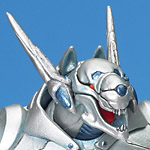 If you look at the sculpt, you can see where the eyes were meant to be, as opposed to where they actually ended up. The "head bump"/"dog nose" got enlarged for some reason, too. Honestly, if the toy had looked more like the drawing? Fans might have been okay with it.

It's interesting to note, though, that this figure was designed by Paul Komoda, the same guy who sculpted the awesome 1999 Ultron. How about that!