This is the latest in a series (of indefinite length and regularity) of blog posts memorializing cancelled toys. Our figure today is Playmates Toys' TMNT "Global Mutant Missions" subline.

Remember when we told you about the cancellation of Jagwar? Well, it's been more than a year now, and while there's been no official word, it seems likely the entire line he was meant to be a part of has been quietly axed. 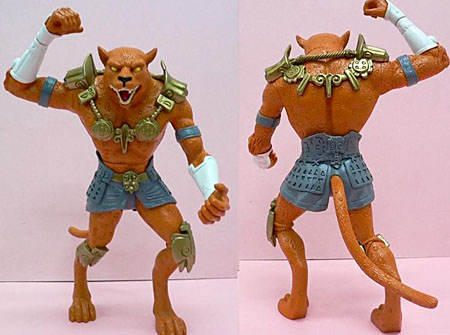 In the 2007 TMNT animated movie, Leonardo had gone to Central America to train. Playmates was planning to extend that idea, creating a series of four two-packs that would pair one of the Turtles with a secondary character from around the world. That meant four new mutant characters to go with the four globe-trotting brothers. 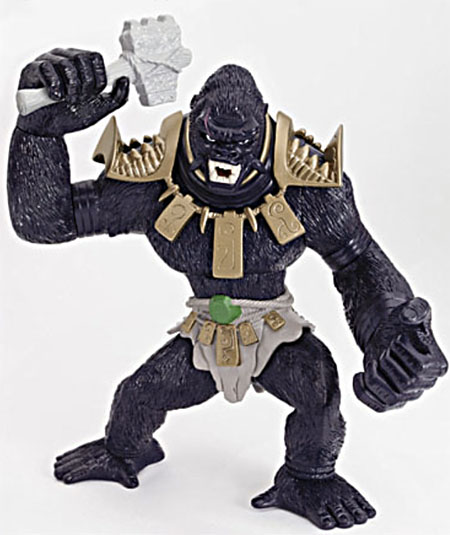 By the time Jagwar was cancelled, the line was down to six figures: all four Turtles dressed in gear from around the world, plus two villains, presumably being released individually. But there was no sign of them at Toy Fair 2008, with all the attention given over to the "Hasbro Heroes"-style Mini Mutants. So at this point, we're pretty confident in calling them cancelled. 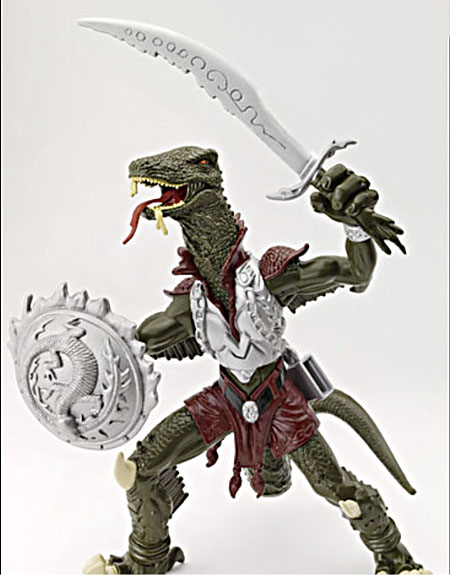 In addition to Jagwar, the other figures would have been a gorilla, a komodo dragon, and what Stephen Murphy seems to have mistaken for a Tasmanian devil but looks to us like the Archie Comics character Dreadmon, a jackal: 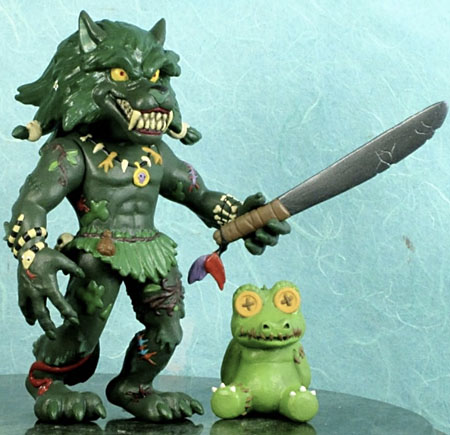 The TMNT movie toys leaned a little too heavily on aliens and monsters, so it would have been nice that the Global Mutant Missions were adding some more traditional foes, but alas it was not to be.