No new reveals at the booth (except maybe for some Starcraft stuff), but still very cool stuff to see, and at least one interesting tidbit.

The fourth figure in Green Lantern Series 5 is Sinestro but they aren't showing him and wont say what outfit he's in because it's "Top Secret," so expect some kind of big change coming up (my money is on him rejoining the GL Corps).

I have not been a big fan of the movie version the Lantern but seeing their prop replica up close, its actually really cool. Plus the movie busts look even better in person.

Unlike what was shown at Toy Fair, the upcoming boxset of the GL: Secret Origin TPB with GL Hal & GL Sinestro includes a repaint of the White Lantern Sinestro, not the previously released GL Sinestro figure. And Hal looks to be the John Stewart body with an all-new head.

In fact all of their stuff looks better in person than in photos. DCD is using colored plastic for flesh tones regularly now, instead of paint. Usually that really pisses me off, but (accepting rising production costs) I'm actually kind of okay with it considering the kind of plastic they use. Its a slightly-translucent plastic with a kind of chalkiness to it, it kind of mimics the look of skin better than the types Mattel, Hasbro, etc. use.

Beyond that, the Ame-Comi line is looking really good. Mera and Raven in particular stand out. If they weren't $70-$90 I'd undoubtedly own a lot of them.

Starcraft II has a new Giger-esque monster woman that looks pretty darn neat, I must say! 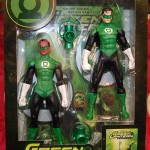 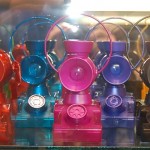 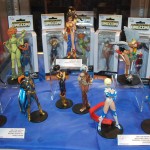 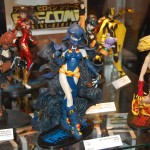 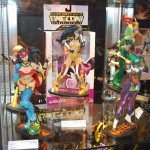 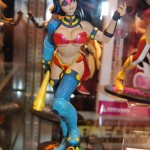 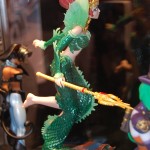 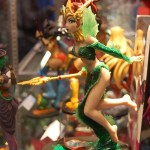 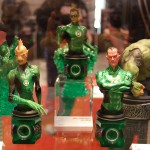 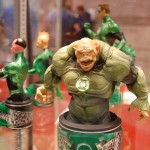 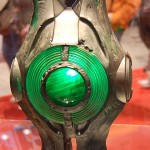 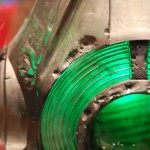 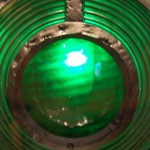 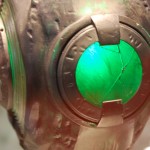 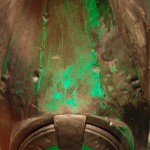 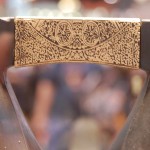 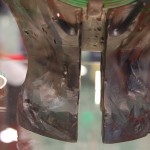 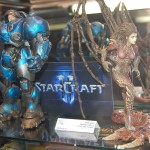 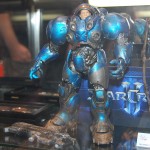 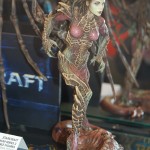 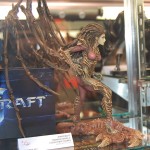