Mattel had a panel today entitled "Methods and Mayhem" on the process of designing action figures. The panel consisted of one of the lead designers for WWE and Mike, a designer for DC & MotUC, but they started early so I missed their full names sadly, and Rhobyn & Danielle, the two girls who handle the Marketing.

As always, I was there as your proxy, so enjoy the notes, and gallery (including some shots of Cyclone):

The WWE guy seemed pretty cool and actually got the job though the "help wanted" posters at SDCC 2008 looking for designers with a passion for WWE - it's cool to know that worked. The DC guy I talked to at the booth and wasn't too impressed with, sadly. Danielle talks exactly like Neitlich, aka only in corporate speak that ends with the registered and copyright icons at the end of sentences, which can get annoying. She comes at this from the world of marketing rather than fandom, though, so it can be forgiven. There was lots of pushing of this "Fan Appreciation Tour" (ugh) thing and she gave away one of each of the three JLU sets are prizes for trivia questions related to the displays at their booth. The one highlight he was that one question was name all of the characters in DCUC18 - two people only got up to three or four and the third/winner took several minutes to recall all seven. A great sign of how excited people are at that awesome lineup...

This panel was really divided in two halves: the Presentation and the Q&A. The presentation was pretty interesting and informative, but the Q&A was B.S., just the standard crap you hear and read in every single Mattel Q&A. Maybe it's that they keep well informed, collectors are idiots or we know we won't get a straight answer so we don't ask the good questions - one or a combination, you tell me. The presentation basically went through the life cycle of a figure and they talked about each stage - the real highlights were two glossary pages of the powerpoint defining the types of plastics and paint applications they use in production. Other highlights include pictures of a Tampo Paint Machine, a steel tool, and guide sheets for sculptors - all things we rarely get a chance to see. I tried to take photos of the slides, but I was far enough back they mostly turned out crappy.

Now on to the "live tidbit transcriptions"!

Gentle Giant is used a lot for WWE and some movie licenses - mainly just for faces, hair is always done by hand (sculpted by hand or in computer)

Different kinds of Paint Applications:
plate masks
basically like a stencil
book mask
pretty much the same as a plate mask but instead these wrap around a whole piece; used for things like like wristbands
overspray
essentially like airbrushing; used for shading, detailing (like MotUC figures)
wipe
wipe paint over a surface so it fills the recessed areas in the sculpt; most common use if for hair
dry brush
dry brush to apply paint; used for fine detail
vac metal
they didn't really talk about the process but basically this is what makes the very shiny, chrome looking stuff

ALL paint is done by hand

Tampo Paints = color first, then go over it again in black, each layer has to be hand aligned

spray masks = made out of copper, have to be cleaned every 10 uses

Blow Molding is used for roleplay toys or big playsets/elements - the plastic heated then a blast of air forces it into and matches it to mold; for large pieces that can't have a seam

Every joint has to "survive" a 20 pound pull during testing

Takes about 4 weeks to ship from China, then another 4 weeks from Mattel to stores

The life-cycle of a steel tool = 1-2 years, they'll make multiples of a tool if they know it'll get used a lot.

They have about 20 different Rapid Prototyping machines (3D Printers) and use them regularly, great way to design and test accessories or moving parts (Mike heavily implies this is how the gears in Roboto were created).

Molds are destroyed after 2 years, they can/will rust in storage, and are really large so storage takes a lot of room/money. 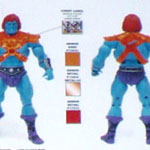 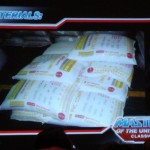 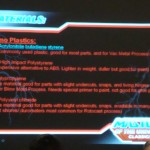 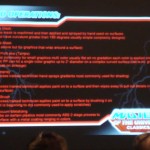 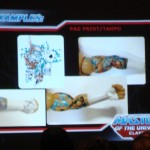 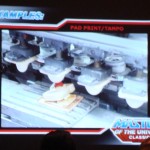 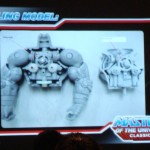 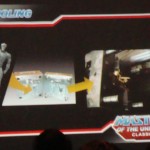 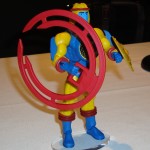 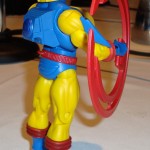