Transformers Collectors' Club gets mad about knock off toys

It came out of nowhere and was apropos of nothing, so people began trying to figure out what they were talking about. 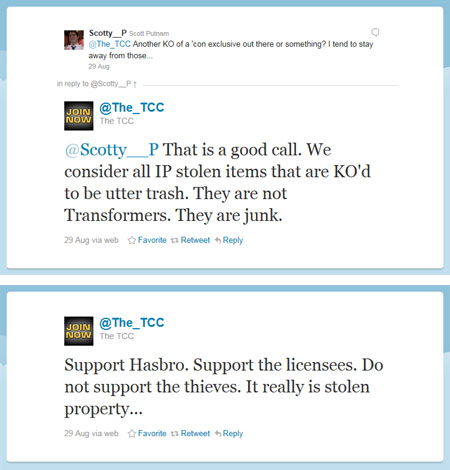 Confusing IP infringement with theft is, as one commenter said, "a gross oversimplification" - the Supreme Court found in 1985 that the two aren't the same. And while we'd like to give the TFCC the benefit of the doubt on this one, the fact that they kept referring to it as "theft" throughout the conversation makes that impossible. 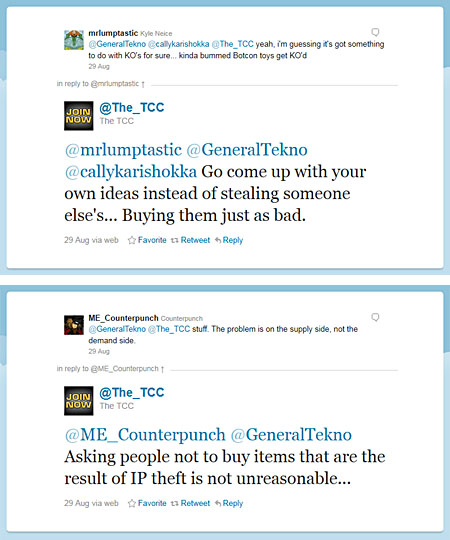 They then linked to an article about Zippo lighters being counterfeited, which isn't quite the same situation: nobody seems to be making knockoffs of current TF product; it's all '80s molds and now-defunct lines, like Classics or Armada. Knockoff Zippos take sales away from the company, while knockoff TFs don't. 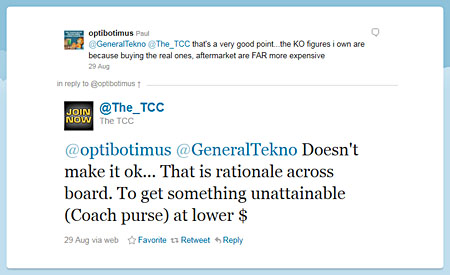 Companies make no money off the secondary market, so that comparison is rather tenuous. 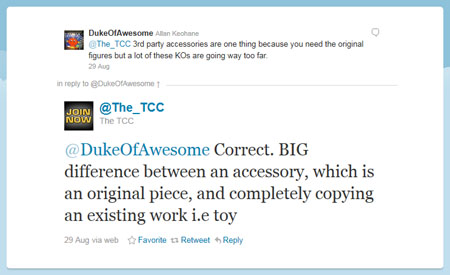 Wait, so "not Ultra Magnus" is okay, but "not Heinrad" isn't? How about Explorer, who's clearly based on an old toy, but is still 100% original work? That's where this really starts to leak, especially since they'd previously insisted there was no grey area. 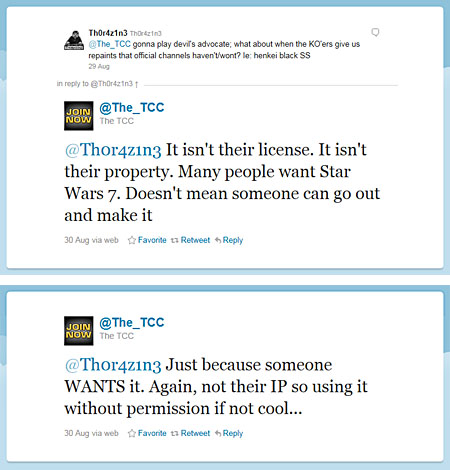 At this point someone questioned whether Twitter's 140-character limit was conducive to a complicated discussion of this sort. 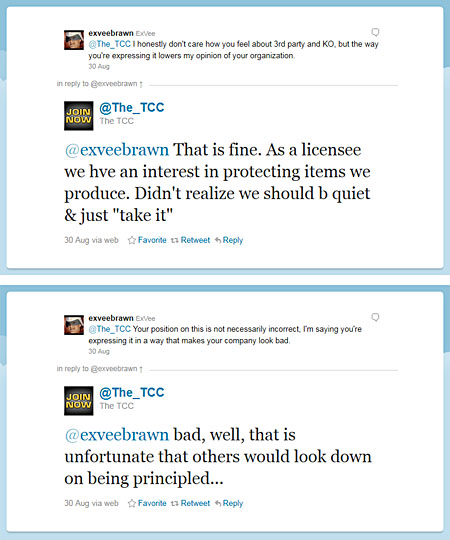 It's great the way they completely miss the point, yet still manage to play the martyr. And the thing is, ExVee was right: the Transformers Collectors' Club may be making a good point, but if they were, it got garbled by Twitter's short-form limitations.