Rustin's Spoils of the Week #68

This week I once more found myself in the splendid metropolis of New York City. It was a quickie trip, but even with limited time one must always make some space for the Times Square Toys R Us and the Rockefeller Center Lego Store - much as I did. 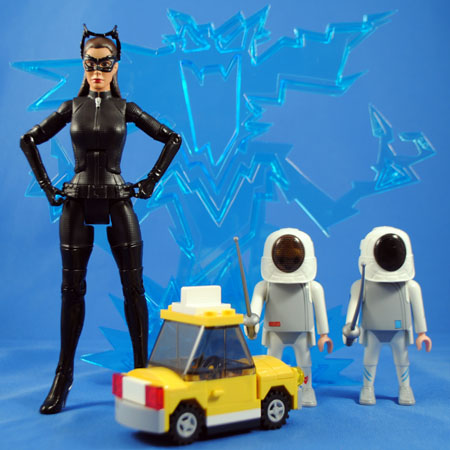 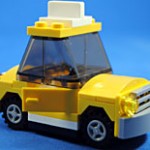 This is a second store exclusive to the Rockefeller Center Lego Store but sadly it's not as cool as the first, a micro Statue of Liberty. The Yellow Cab is something that was once very NYC iconic, but (and maybe this perception comes from living in Chicago and L.A. plus all of my travel) is no longer an "exclusive" image of The Big Apple. It is a fun build though made more for look than for function, there is no space for a mini-fig inside those the doors do work and I like the exaggerated proportions of the window section. It's a fun little set but nothing terribly exciting or special. 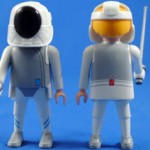 Playmobil has decided to cash-in on the Summer Olympics this year in a relatively big way, complete with a re-launch of the Soccer (aka Football) theme. All of the Olympic figures are single or double packs showcasing many of the games well known from the mega tournament each with at least one new accessory to recreate the sport. While I'm always drawn to new accessories it was this Fencing pack that grabbed me the most. While I've never fenced I've always harbored a soft spot for the cool helmets, padded "armor" and, of course, pseudo swords! While the fencing foil was first released with the Fi?ures 2 Pirate it was most likely designed and tooled for this release which also see the all-new Fencing Masks! I dig the masks but I do wish they favored the mesh visor more that the encircling pattern. Add in some very great wraparound paint jobs and you have an amazing set for only the low low price of $4.99! 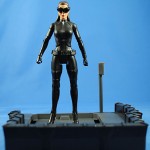 I found her at the Times Square TRU (which also had several Alfreds in addition to plenty of Batmen) and I decided on the prudent "might as well get her to be safe" route despite the egregious $21 price tag... egad what a locational mark-up! The figure is good and exactly what one would expect from the Movie Masters style. Her ear-glasses flip down with some effort and even have some paint details on the "inside." She comes with the large base of the Batsignal, which is pretty cool but don't expect to see it in the package - it's hidden under a cardboard insert of the card's background imagery. I do wish she came with a little clear base as between being a Mattel figure and her heels standing is not quite her strong suit. Well... four down and two to go. 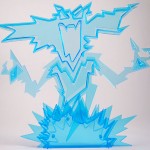 I think we were all pretty surprised to see this revealed at last year's Comic-Con. A cool looking piece to be sure, it certainly fit no clear place in either Gremlins 2 line. It has ended up as a TRU exclusive and comes in a similarly sized clamshell as the Gremlins line but is only one inch deep. I paid $13.99 which is... crazy. I'm hoping and expecting that that is just a Times Square TRU mark-up because there is no way this is worth more than $10. It comes in three separate pieces - the Gremlin and a front and back half of "electric explosion base." There are no directions nor any full-figure image of the toy on the package so it took a bit of trial and error to figure out what exactly was going on there. A very, very cool touch is that the the figure has a lighting bolt lower torso (rather than legs, etc) and it slides into the base via two slots so it can be either shelf-displayed or ceiling-hung! Also, the prototype was composed of multiple layers of translucent blue plastic but this is one single piece, apparently cast off of that prototype. The result is less dimensional but has more pronounced borders here; I'm really not sure which I look I prefer more. I still think this would have been far better served as a build-a-figure across a series but regardless, as a HUGE Gremlins 2 fan I'm more than happy to have it! (Now, if only we can more of the "mutant" versions of the Gremlins to go with him - like Veggie-Gremlin!)

This entry was posted in DC, Lego, Mattel, NECA, Playmobil, Rustin's Spoils of the Week, TRU and tagged Batman, Gremlins. Bookmark the permalink.

14 Responses to Rustin's Spoils of the Week #68