Minimates! Oh how I love you so very overwhelmingly! This has become a mainstay panel over the past few years so I was looking forward to seeing what DST had up their sleeve this time aorund.

Vehicles:
- One more wave of Vehicles with Kitt and final Pirate ship, British Royal Ship.
- TRU version of Munster car is in color, direct is black in white, now with smiling face instead of the prototype's frown

MARVEL
- Series 48 - Fantastic 4 theme, with cool new bases for Sue and Johnny; direct market gets a variant of Sue Storm that is Alicia Masters. Can't show TRU characters yet but will also be F4 themed.
- Fear Itself Heroes - Iron Man now comes with removable mask and Tony hair, and Odin's Staff will be translucent
- Voting on the next Avengers vs X-Men boxset isn't wrapped up but Marvel has been very supportive of it
- Series 50 fan poll winners: Cyborg Spider-Man, modern Danny Ketch Ghost Rider, Songbird (only one character from that poll will be in this set to make room for more villains), Baron Zemo II, Onslaught, Nova Corps (armybuilder), variant is Baron Zemo I. Hopefully will be out in spring/summer 2013

Star Trek
- trying to get an ongoing series started with the Enterprise. The command chair will hopefully be removable so that it can be displayed next to the Enterprise.

Next, Zach showed the new Pirates short. It was done by the same guy who the the Marvel: What the!? series for Marvel.com

Only the same villains for Battle Beasts that have been shown? No there will be additional animals in future assortments

More Pirates? No more plans, and the 4-pack is on hold

UMM Invisible Man set? Unsure, they haven't picked the sets for 2013 yet

Ultimate MvC? Don't have rights for the Ultimate characters from the game/s

UMM Mole People? 7" TRU exclusive for 2013, not sure about Minimates yet

Star Trek? No reboot rights, but they're going to take it one item at a time based on how the Enterprise does

When is the Venom set coming? September/October 2012

Will Enterprise's Kirk be different than before? New art on the figure

If wave 50 is sells well, will you do more fan polls? Chuck immediately says "no!" But maybe for series 100. They are looking at characters' numbers of votes for guidance moving forward

Creature From the Black Lagoon? Yes in series 1, sold out a long time ago, that set did very well.

Mars Attacks Minimates? not at this time

Marvel Now? We like the new designs but not sure where and when they'll start showing up as Minimates

Thundercats? A series of 4-packs, next two sets may be first available at New York Comic Con

Accessories/parts set? No customizable sets, but maybe packs of stands

Vehicles for Thundercats? No, nothing planned, but they are compatible with Icon Heroes' resin statues

Was the animated short stop motion? Yes, some CG for the backgrounds

Heat stickers for the Battle Beasts like the original figures? No, this stuff is totally unique and not related to the original line other than the name. Want to play up the interchangeability of the Minimate format so moving forward they will be encouraging the creation of hybrids, and so on

Other 80s brands? No, Thundercats was brought to them by Icon Heroes for Icon Heroes, they didn't pursue the license and don't have it. They have looked into some other properties but nothing like G.I. Joe or Transformers

Which do you prefer your own IP or licenses? definitely the lines that are in-house

Anything that has a signature vehicle like more BttF or A-Team? nothing in the works. Vehicles are difficult. And its too expensive to get a license just for Minimates.

With only a few short minutes left the time is handed over to Digger to talk about his new film and its related kickstarter project. He's co-written, produced and directed a movie called Agent 88 "about the world's most deadly assassin, who also happens to be an 80 year old woman with Alzheimers." He's doing a Kickstarter in conjunction to raise funds and part of the gifts will be exclusive Minimates from the film. One guy who asked a question got an all red Minimate with the "88" logo printed on the chest, and the video Digger played showed art for a 4-pack of characters from the film. The woman who played Agent 88 was in the room too, so Digger had her stand up for some applause just before we all got the boot for the next panel. 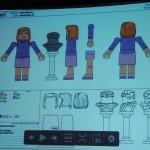 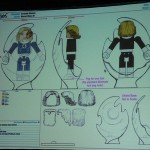 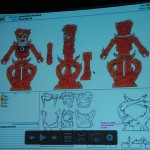 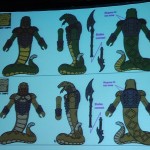 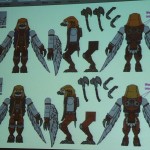 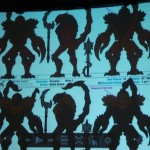 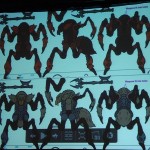 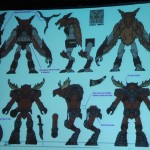 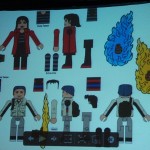 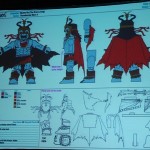 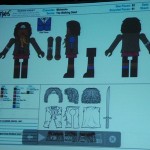