One of the most annoying things about the 2003 "Battle Fist" figure was that he didn't come with the sword the Four Horsemen designed for him. In fact, the only evidence of its existence was a piece of comic art: 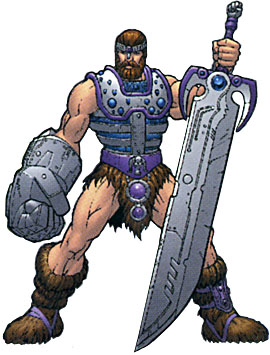 However, Mattel made up for it with the 2010 release of the Masters of the Univese Classics Fisto. Like many of their MOTUC releases, Fisto had MO2K-inspired extras in the form of a second head, a fancy belt, and the long-awaited massive sword! And dang if that sword doesn't look just as good with the 2003 figure as it does with the 2010 one: 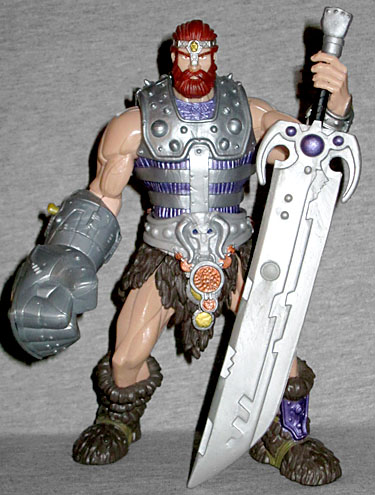 Not only can the figure hold the sword's handle pretty well, it's also sized perfectly to fit in the back of his armor - this sort of mixing of accessories is something the Horsemen had experience with before. 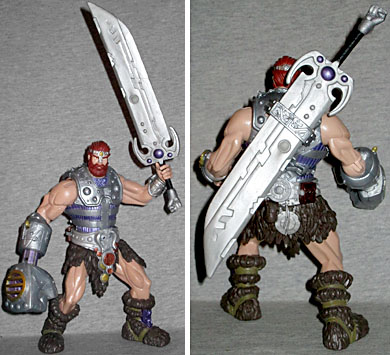 I still think that making the Classics figures uninspired '80s updates is a bad idea, but Fisto at least has a little bit of merit, thanks to the inclusion of the sword. It's just a shame there's no way to get it separately, because that really is the only thing with any appeal here.

Anybody want to buy a MOTUC Fisto? It's totally complete (except for one accessory)...