Remember Netgeist? He wasn't the only Series 5 figure whose packaging made it all the way through the design stage. 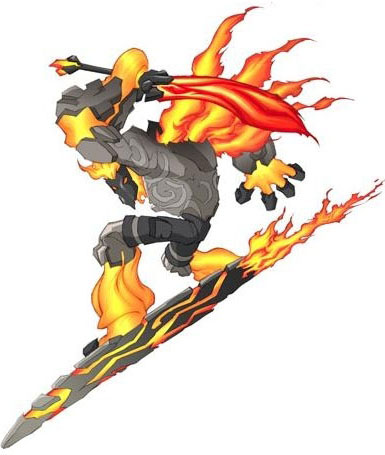 Rocka Huna has a name that would work better as one word than as two. We get that it's a mix of "rock" and "kahuna," yeah? But then I remember when Lego had to take all

the Polynesian references out of Bionicle, and maybe this was just Hasbro being respectful ahead of time. "Kahuna" is the Hawaiian word for a magician or minister (making him equivalent to the Thunder Shaman, maybe), but has also come to mean a general expert at anything. We OAFEs are the kahunas of toy reviewing! This guy is a beautiful blend of translucent red and opaque black-brown, making him look like lava both cool and hot. The way the upper legs are darker than the shins even makes him look like he's wearing shorts! He had a face that looked like a mask, big magma spikes poking out of his back, humongous feet, and individually articulated fingers on his massive hand (his other hand is just a hooked lava tendril). He's armed with a big sword, and rides a lava surfboard. 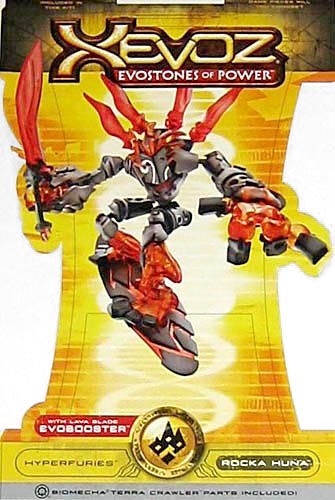 The sub-title of this series of Xevoz would have been "Evostones of Power," which seems to have been related to the game that nobody played. The text on the packaging photos is too small to decipher, though the glyphs under his name on the back read "hang loose." Like Netgeist, Rocka Huna would have come with bonus BAF pieces - in this case, the hardhatted head, tank-tread feet, and big pincer claw of a Biomecha named Terra Crawler. 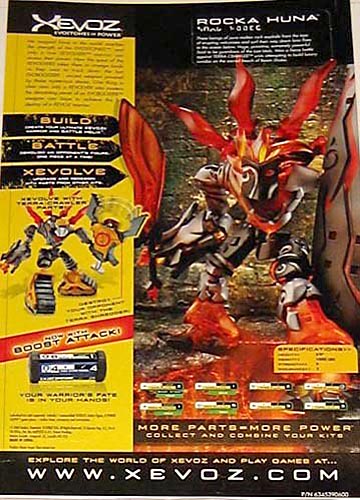 This entry was posted in cancelled toys, Hasbro and tagged Bionicle, Xevoz. Bookmark the permalink.