I got downtown at 7am to find remarkably high traffic for that earlier on the first full day of the convention - a foreboding sign. I hoofed it down to the Convention Center to find a big line wrapping out from the escalators to the upstairs. After some confusion with the various employees as towards where I should go to get upstairs/in line, the big line started to move around 7:30 as it proved to be the line for the hall, they just hadn't let them upstairs yet. I jumped in and wound up a bit less that half way to the front and thus the wait begins.

I got stuck next to one of the most obnoxious uber-nerds I've had the the misfortune of encountering who just railed on and on for. Two. Hours! about how Twilight fans ruins Comic-Con forever, how some publisher is a fraud and a liar because they wouldn't release his comicbook and how Comic-Con will never move to Las Vegas because no one would want to get a hotel room there and because he can't stand dry heat, "if there is going to be heat, I need a wet heat! Otherwise, I get nose bleeds!" ...ugh. Those doors can't open fast enough. He does make a reasonable segue to the weather. The days had been getting increasingly cool down here over the past couple years, even raining. This year though, it's pretty warm, or even hot, it's particularly humid today. Bummer. 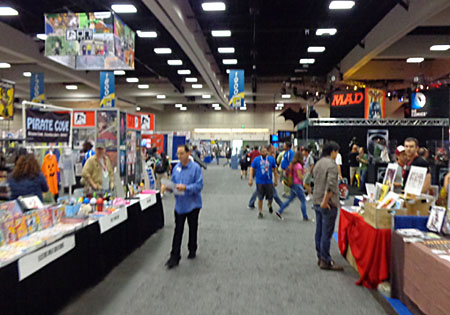 They opened up the doors for the Sails Pavilion queue at about 9:05 and I made it to the Lego booth at 9:15 to find the back half with a line of various organization and the front half to be a chaotic mob absorbing both the front and end of the "line." Before I could figure out where to go the guys running the booth started yelling "we're all out of tickets," and so I gave up and hoofed it to Gentle Giant. LEGO is... it's unforgivable. There are no word to fully describe how utterly insane they are and quite frankly at this point they would be far better off just stopping the exclusives than continuing in this fundamentally awful pattern of 1,000-piece runs and a multiple different free minifigures. Remember what your mother told you - "if you don't have enough to share with everyone, don't take them."

Soooo, with the hopes dashed and the realization that I'll not get the highly-desired-by-me Lego exclusives I went to me other most desired booth, Gentle Giant, and was I able to just great right into the line at the booth and quickly make it up toy he front and get my precious, precious mini-busts. I did see Rayguns progenitor Greg Broadmore taking a long, odd phone-video of his Grodbort's display. I was also tickled to see that Gentle Giant's new owners, 3DS, have taken up space in a couple places at the booth to hawk their 3D printers. 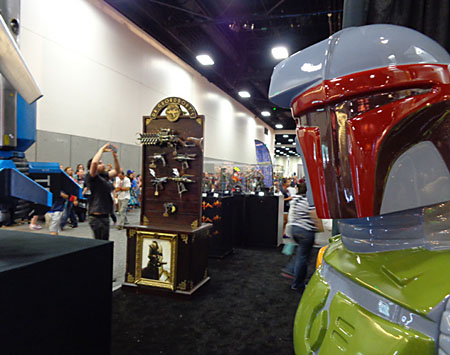 What next...? I don't recall actually... today was a busy day! Lots of vendor booth shopping. I scored the second series of Munsters figures so that's cool? I also seem to be buying a bunch of DC Direct stuff this year. I guess they've just finally gotten interesting again for me now that we've moved beyond infinite variations of Superman and Batman and many of the awful New 52 costumes. 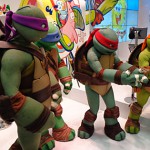 I did manage to score an exclusive translucent blue Leonardo Minimate with exceptional ease at DST, but then had to queue up at 2 for a translucent yellow Michelangelo one at Nickelodeon. I was behind an older guy for that line, and a couple minutes he asked the guy in front of him, "what's this line for?"

"Oh, oh yeah, great. ...I just wanted to make sure I was in the right line." Then, after about 15 minutes his family of five just walked up and joined him in line before he asked the same guy, "what's the giveaway?"

It all very much had the air of "oh, there's a line, get in it." Which is easily half what has/is "ruining" Comic-Con (sorry, Twi-haters!). I guess on one hand this could be a cool way to bring new people into the Minimates fold but realistically this guy isn't going to understand what he's getting or seek out more product. All that I can see here is that there are fellow TMNT fans and Minimate collectors, people who would actually appreciate this toy and who are passionate about it or the Turtles who will now never have one because this dude's family are just greedy and grabbing whatever they can.

NECA rocked the boat again by busting out some great reveals. I'm very jazzed about the new 1/4 scale Danny DeVito Penguin (though that's a weird costume choice). The Alien Queen is everything we've been dreaming it would be and boy oh boy... RIPLEY!!! 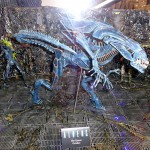 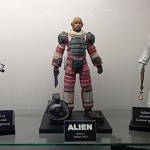 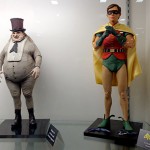 Varner Studios, the group behind most everything Playmates put out in the '90s had, once again, a massive array of prototypes covering their work on Star Trek, Family Guy, Austin Powers, and about million figures from TMNT - including an unreleased mutant! 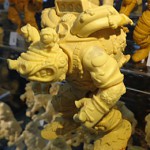 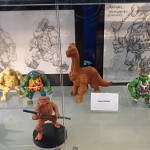 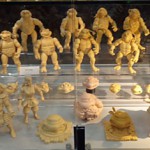 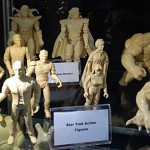 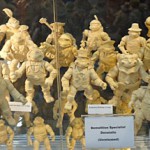 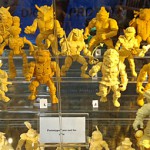 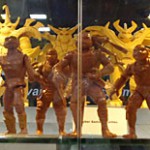 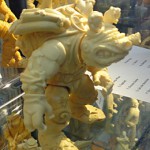 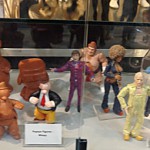 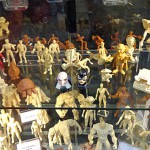 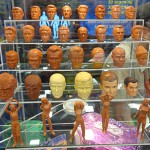 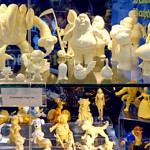 Between shopping and making runs out to dump purchases at the car I managed to make it to a couple panels. 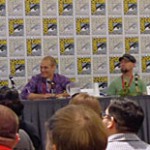 DC Direct had the unenviable first times lot of the con! and lived up to it by offering zero reveals or news, occasionally referencing some kind of mythical press event the day before...? Basically it was just an excuse for the guys from DCD to get up on stage and be equal parts excited, marketing/schilling and smart asses. But, apparently, there will be a Jae Lee Batman figure coming, and that, my friends, is some exciting stuff! 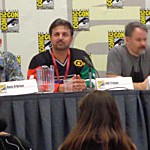 Daniel Pickett of ActionFigureInsider had one of his annual panels, this one centered around Everything Old is New Again: The '90s Live On! in order to discuss how the '90s are now entering the nostalgia phase of pop culture. It was a remarkably fun panel, with Funko's Reis O'Brien and DC's Kevin Kiniry being particularly funny. Basically everyone just shared stories about "growing up toys" and how they got into the industry and even made the shift from kid to collector themselves. AFI films all their panels so I assume it'll end up on YouTube, and if so, it's worth an hour of your time (even with a painfully long-winded question-asker). 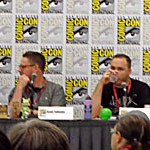 After that, the folks from Toy Break (and October Toys) hosted a panel on Independent Toy Design. It was fairly fun and pretty informative, it focused more on an advice style Q&A with various "Art Toy" makers. While that's not really my scene it was was still cool and certainly inspiring in terms of "don't dream, be it." Aside from the relatively high cost of materials it certainly sounds like it's easy enough to start trying to get into that world, and indeed most of the creators are happy to provide tips and advice to up and comers.

From there, it was an awesome two hour dinner with my old friend from college (who saved my Con last year) and then a quick drive to the far-off hotel and straight into bed because, for whatever godforsaken reason, I had decided to wake-up early to get into the Hasbro line for their booth... 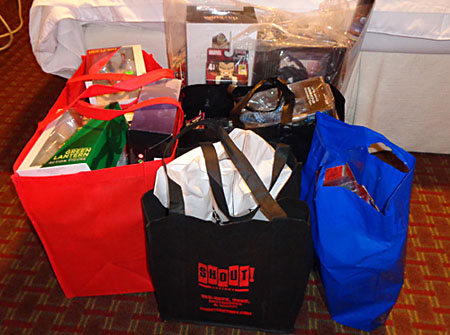 This entry was posted in DC Direct, Playmates, SDCC and tagged SDCC 2014. Bookmark the permalink.