After my wacky Friday, I'm sure you'll forgive me a little extra sleep in the morning. Also, full in the knowledge that Lego hates its fans and makes its exclusives impossible to get there was just no major need to get to the Con and go through all of that again, so I did a "first" for me - one the the ancillary events. 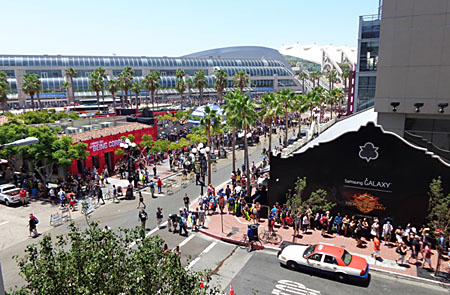 I met up with some buddies around 9am in line for the Game of Thrones Experience and hung out with them till the doors opened at 11 and we got inside around noon. Part of me is thinking "what a waste of three Con hours" but I'm increasingly becoming aware of how much more enjoyable the experience is when your with friends, and besides I'd already spent two and a half days in there anyway - so let's go for something new. 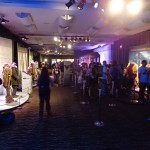 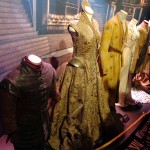 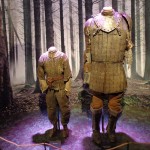 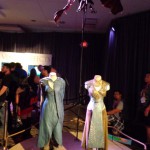 The Game of Thrones Experience was fairly neat, a glorified costume exhibition with some fun interactive pieces. The costumes were actually pretty cool to see how intricate some of them are, and/or how so very tiny Emilia Clarke is. The first station is a photo op where you sit on a rock and they green screen one of Dany's dragons in behind you - cute. Next up was an Occulus Rift ride up the elevator at The Black Watch's Wall, and it was, well, AMAZING! The graphics are okay, and he screen is a bit "grid-y" (just like sitting very close to a screen or monitor) but the effect was uncanny. You could look in all directions and I rally did feel like I was in a large space than I was. The path is all pre-programmed so all you could do was turn your head, essentially, but it was still shocking immersive and remarkably cool. I look forward to trying that tech further in the future. The third station was a replica of the Iron Throne, which is novel as heck. Finally, you exit through the gift shop, and get a free shirt on the way out. We got a White Walker on horseback printed in white ink on a white shirt. It's a neat graphic but so, so, so barely visible due to the white-on-white. Also, just before the gift shop they were doing free, real tattoos - and there was even a queue for it! Now that's a hell of an impulse decision! 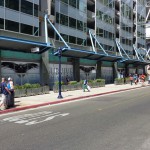 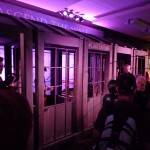 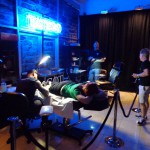 From there it was a bee line back to the Con in order to catch the first of two DST panels for the weekend. Ultimately nothing memorable came from it as poor ol' Zach and Chuck fumbled their way through another not-PowerPoint presentation. And the upswing, though, outside the Con was this very cool looking giant animatronic. My understanding is that it was the culmination of a new Face-Off-like show that's centered around Creature Effects as opposed to makeup effects. Sadly its functionality was pretty minimal, but man was it super cool to look at! 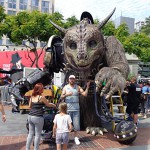 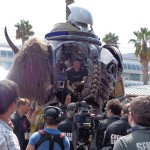 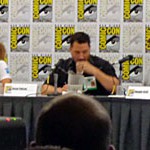 Then we had the Hasbro: Marvel panel. This was a surprisingly good one. We got the confirmation of the inevitable Thanos BAF but also the announcement of movie versions of Maria Hill and Agent Coulson - pretty damn cool! Apparently the Guardians of the Galaxy figures sold remarkably well (with Nova being the break-out hit during the Amazon pre-orders) so they are seriously considering a second series - bring on Ronan and Nebula! 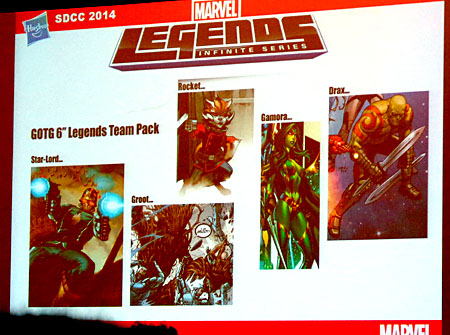 On the annoying side, though, was the announcement of a comic-based Guardians 5-pack, which is aggravating since comicbook Star-Lord was the only reason anyone got the Marvel Legends exclusive set this con. On the plus side, though, Drax will use the new, bigger body so it's not the worst kind of double-dipping I suppose. They also showed off digital sculpts for new 4" figures including a Silver Age Doc Ock and my beloved Vulture! 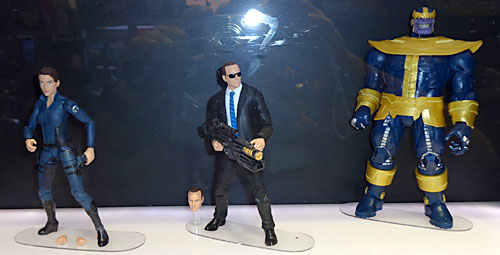 After that, I did some more floor cruising, aka reckless shopping, before meeting up with my buddies again for an early but long dinner. I then managed to talk a couple of them into joining me at The Masquerade - yes, fresh blood! We got there late and only caught about the last half of the entries but my word there were some memorable ones - great, poor and bizarre; the Masquerade has it all! Highlights include Daenyrs' three Dragons, a surprisingly excellent group of Godzilla kaiju-as-Vegas Showgirl costumes and routine, and even a full-sized MODOK! All of us were quite exhausted by the end so we left during the perennial Jedi performance piece, so while I'm not sure who the winners are it was still another remarkably fun time. 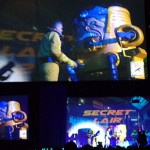 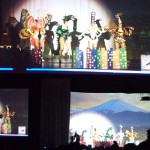 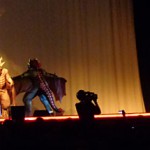