Are you feeling fat from all that Thanksgiving food? Or just because you're comparing yourself to the wrong models? 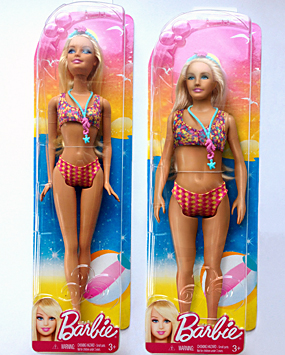 Artist Nickolay Lamm used the magic of 3D printing to create a version of the famous doll that matches the proportions of an average woman. 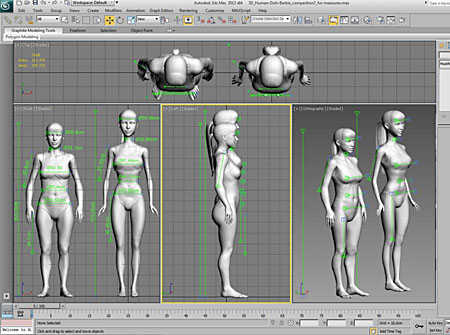 And surely, there are people who will dismiss this project. "Barbie's just a toy." Yes, she's just a toy; a toy that's put in the hands of every little girl as an example of what to be.

"I played with He-Man, and he's even more exaggerated!" Yes, he is, but we're not led to play with him as a human being, but as an exotic adventurer on an alien world. Similarly, Barbie's proportions may be fine for the inhuman characters of Monster High; kids playing with Barbie don't recognize her as a fantasy figure, they recognize her as a bigger version of themselves, as what they need to be. 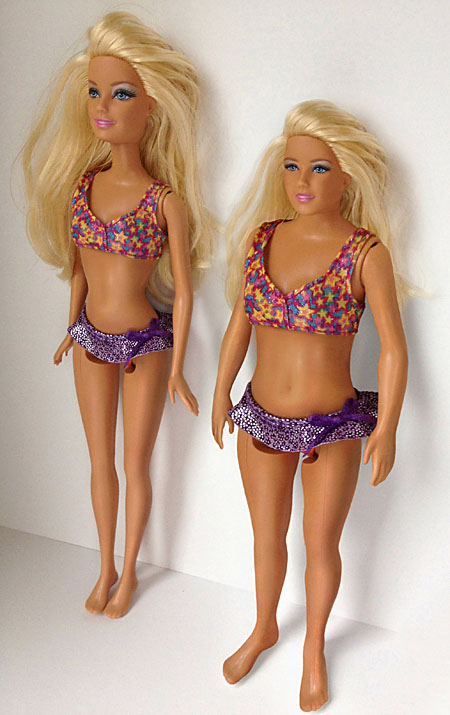 On the plus side, Barbie's star has been fading, in recent years. She's not the undisputed queen she used to be, and while girls are gravitating toward more extreme dolls, that might be a good thing: the further they are from "human," the easier it is to disassociate from them.

This entry was posted in customs, Mattel and tagged Barbie, He-Man. Bookmark the permalink.