As mentioned in our big birthday post the other day, we're continuing to work our way forward from the beginning of the site, updating old reviews so they look more modern. Reviews like Marvel Select "Origin" Wolverine. 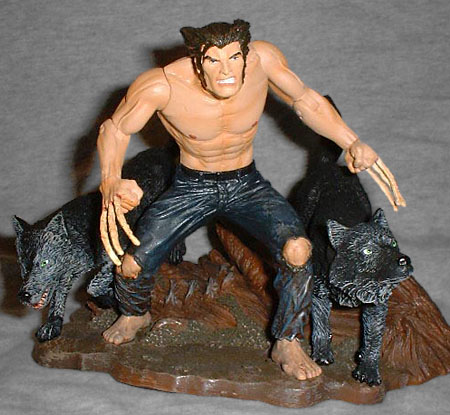 Updating these reviews is about improving the pictures and the formatting, not re-writing them, meaning we have to see a lot of the dumb things we said years ago and which we may no longer agree with.

But what's really interesting is when we mention prices, allowing us to clearly demonstrate how inflation works. Usually it's in the context of "look at how expensive this toy is," and then we name some price that seems like a complete bargain today. Like the fact that KB Toys sold McFarlane's Alien Queen for a whopping $25 when it was new.

Which brings us back to Wolverine. While editing it, yo's comments about the relative prices of Marvel Legends and Marvel Select brought up an interesting comparison. Here, have a chart:

In the past dozen years, ML prices have basically tripled, while MS has only increased 25%. That's a very inconsistent rate of inflation. Is Diamond doing something right, or were they overcharging us before? Or is Hasbro grossly overcharging us now?

5 Responses to Thoughts on toy prices