It's time for another Vitruvian HACKS accessory set review. This week: Black! 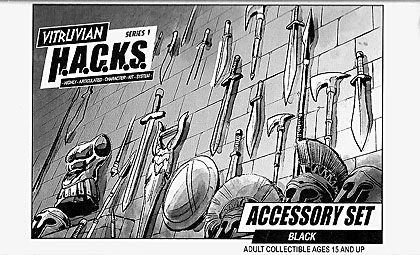 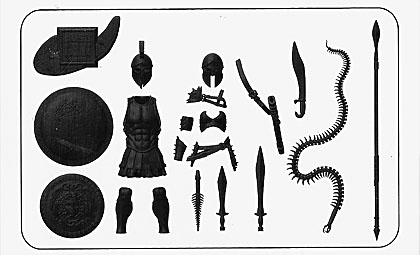 This set is a lot like the Blood Red box, in that it's got a lot of Medusa parts, and its colors are painted on, rather than molded in. We can say this authoritatively, because the paint plugged up one of the holes where the Spartan armor fits together, and opening it up revealed the bare PVC beneath. Not as much detail seems to have been lost, so maybe black covers in fewer coats than red does? On bright figures, like Ossy, the dark armor makes a strong contrast, while on darker figures, like June, it gives a real "stealth variant" feel. 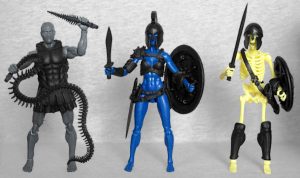