In today's review of Diamond Select Toys' Ghostbusters Terror Dog, we showed you the Tom Enriquez design sketch that eventually led to the beast fans know and love. 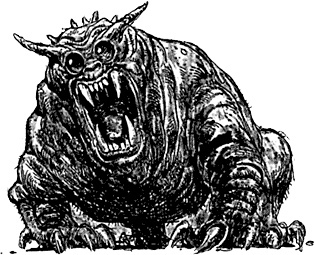 And here's Kurt Connors' first clay sculpture of that design: 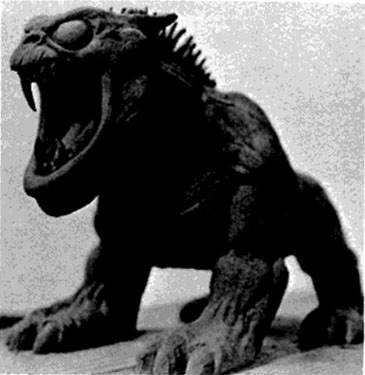 But since the script was so vague, a lot of different designs were submitted by the art team.

These two are also by Enriquez: one shaggy with an extending head, the other lumbering and dimwitted. 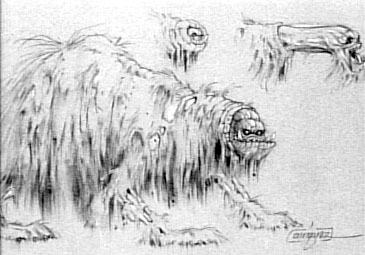 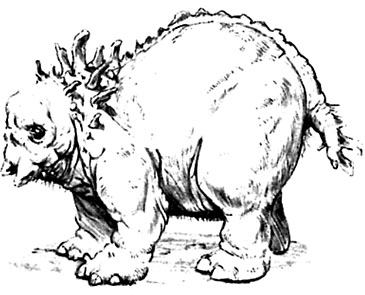 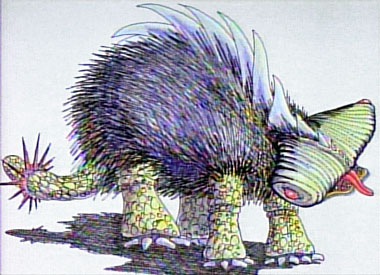 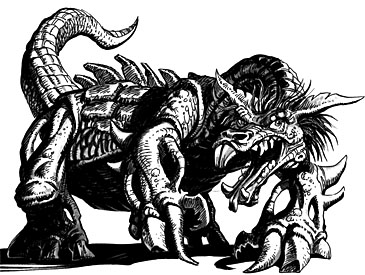 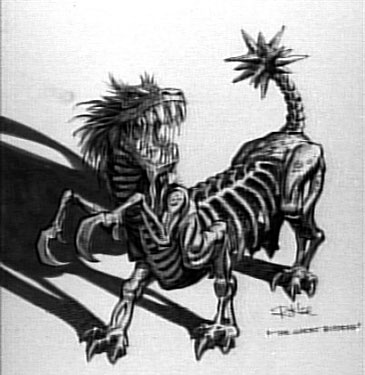 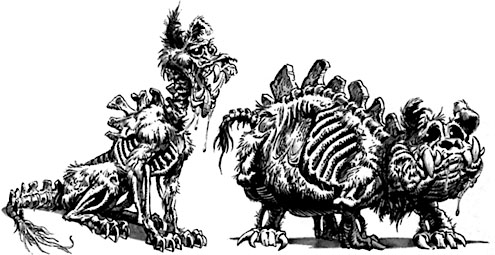 (That one, by the way, is the origin of the "dog" part of the Terror Dogs' name. And can you tell the design was done when Louis Tully was still going to be played by John Candy?) 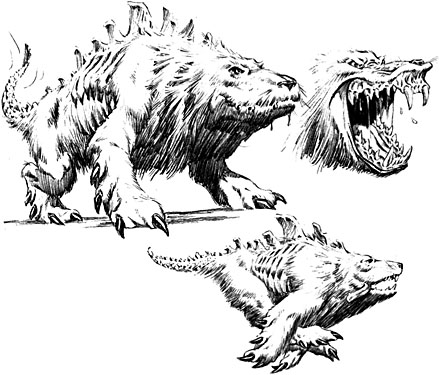 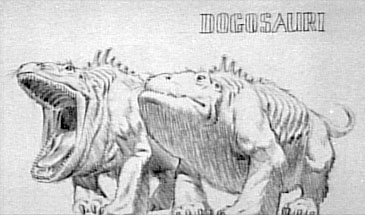 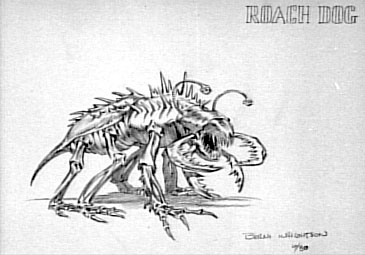 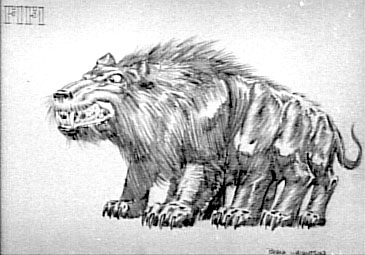 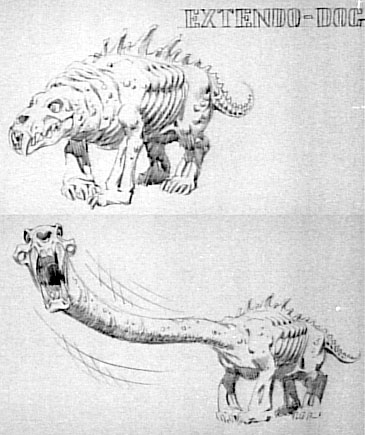 Can you imagine any of those being the Terror Dog seen in the movie?

This entry was posted in addendums and tagged Ghostbusters. Bookmark the permalink.