The Transformers BotBots are divided into (currently) 11 teams, based on what store in the mall they hail from. Series 2 takes us to a new wing of the mall, where there's only one electronics store, on the second floor. The Techie Team can be seen dancing out front, with Technotic Sonic boogieing on top of the mall directory.

I can't think of a mall electronics store without thinking of RadioShack and what a crap company they were. The idea that you'be be able to buy speakers at 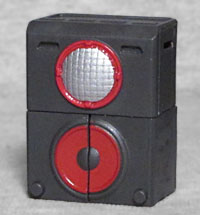 a store in the mall is totally alien to me (unless there's a Best Buy in your local mall), but apparently it used to be the case. Can you imagine? Seems so weird.

A speaker like this could just as easily have been part of the Music Mob as the Techie Team: it's a big professional speaker, the kind bands would stack up on stage to blow audiences away. The toy is mainly a big grey box, with a few knobs and controls sculpted on the back, plus the actual speakers on the front. The one on top has a grill over it, while the one on the bottom is bare. There are two little vents near the top, and small bumps near the bottom.

Converting BotBots is intentionally easy: in this case, you open up the "doors" around the body, hinge the legs down sideways from the body, and rotate the arms out of the head; easy, but not overly simple.

Technotic Sonic pushes the limits of loud. Her volume is permanently set to maximum, and the bass is bumping as loud as it can go. She's ready 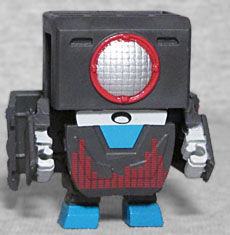 to rock the room, shake the dance floor, and bring the house down.

Gotta love that Hasbro hasn't restricted themselves to making the girl BotBots all fit with traditionally "feminine" personalities. Like, sure, lots of companies would be perfectly fine with making the scatterbrained, artsy character female, but wouldn't even pause to consider the loud, brash one as anything but a boy. The robot's square head and single round eye kind of makes her feel like Tri-Klops. The painted mouth is open slightly, and a tampograph on the chest simulates the visual readout on an equalizer - lots of red bars to show us she sounds like an audio-distorted TikTok in G Major when she talks.

Though we have to say, wouldn't "Techtonic" Sonic be a better name than "Technotic"? 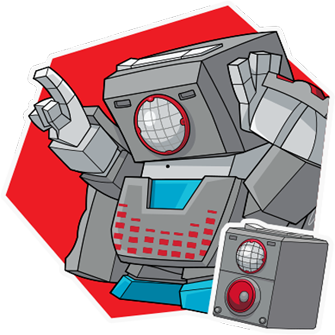 Technotic Sonic is only available in the Series 2 blind-packs, where she's #20.