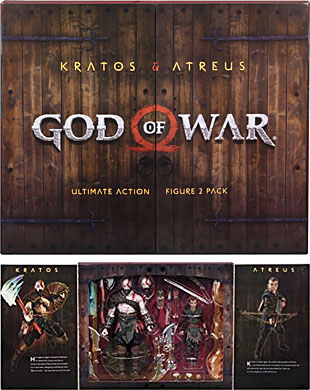 You're well aware the game is set in the world of Norse mythology, but you may not know that almost wasn't the case: the development team was split pretty evenly between wanting Norse myths and wanting Egyptian myths, with director Cory Barlog (not a typo) having to cast the deciding vote. It's a better choice, since Scandinavia is farther way from Greece and thus would feel more foreign as a setting for Kratos, but the idea did last long enough that a bit of concept art was produced: 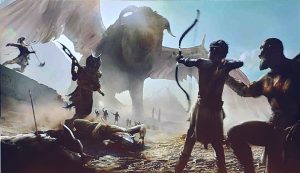 As you can see, the story would have been mostly the same, with Kratos leading BOY on an adventure through the forces aligned against them, they just would have been walking on sand instead of snow.

But Dad of Boy wasn't the first time these myths bumped up against Kratos. One of the working ideas for 2010's God of War III would have seen Greek Kratos meeting up with Norse Kratos and Egyptian Kratos (whatever their names would have ended up being), killing all their old gods, then travelling together to meet the new god.

You know, the three of them.

Where the new god had been born.

That's right, God of War III almost ended with Kratos being one of the Three Wise Men. Penny Arcade nearly got it right!

This entry was posted in addendums and tagged Player Select. Bookmark the permalink.