The Star Wars/TMNT crossover that never was

In the early '90s, before the Power of the Force II line began, Hasbro/Kenner's Star Wars license was finally expiring, which meant other toy companies could have potentially grabbed it. This wasn't just a bidding war, though, because George Lucas still owned the brand at the time and was protective of it - that meant the companies had to pitch what kind of toys they wanted to make. 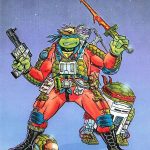 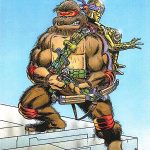 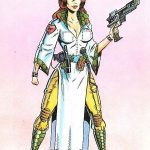 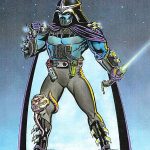 This is all unconfirmed, btw, but allegedly these drawings were done by regular TMNT artist Michael Dooney as part of Playmates' pitch. This would have been circa 1991, when the Turtles line was at the height of its popularity, when every year had to have the Boys in some sort of wacky new themed costumes. The timeline and style certainly seem to fit, and you can definitely imagine these designs being deformed down to fit the toyline's aesthetic. It's an interesting look at what could have been.

This entry was posted in cancelled toys, Playmates and tagged Star Wars, TMNT. Bookmark the permalink.

3 Responses to The Star Wars/TMNT crossover that never was