Why is Bo-Katan so judgy about Mando being "one of those" who never take off their helmets when she dedicates her life to a magic sword? 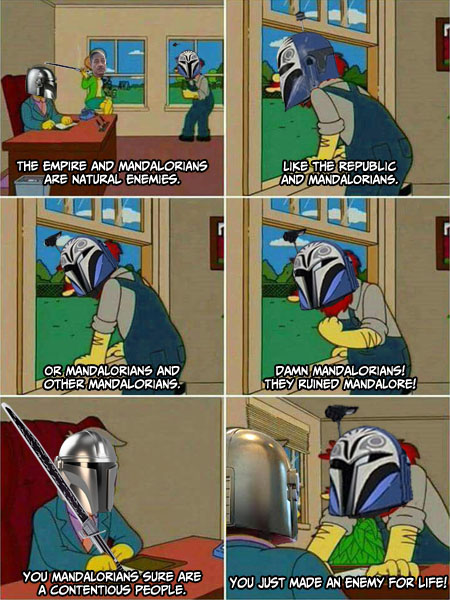 This entry was posted in addendums, memes and tagged Star Wars. Bookmark the permalink.

2 Responses to No true Mandalorian