Today's review said that John Carpenter's They Live was based on the 1963 short story "Eight O'Clock in the Morning," which you can read here or have read to you as an audiobook here. But that isn't the only inspiration.

"Eight O'Clock in the Morning" was adapted into comic form by Bill Wray in 1986's Alien Encounter #6, two years before the movie came out. Simply titled "Nada," it's a much closer adaptation than They Live, so close that Ray Nelson still gets credited for the script, but it does up the violence a little and adds at least one gag that was also used in the movie. See if you can spot it: 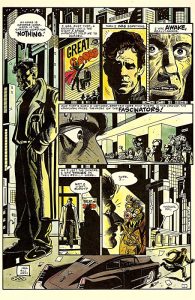 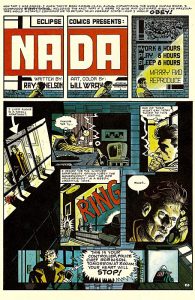 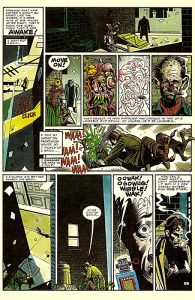 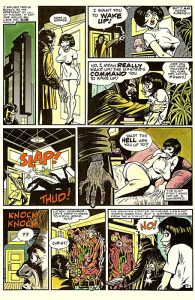 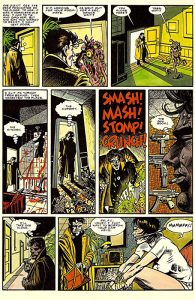 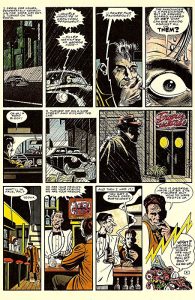 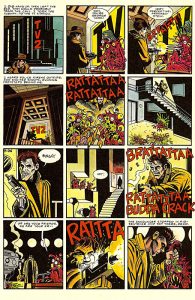 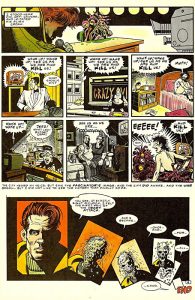 Does that mean They Live is a comicbook movie? Probably not, because while there's a chance Carpenter might have read this comic, it's even more likely he read the original story and was working from that. It was reprinted in a lot of anthologies over the years. So even with a shared "unique" scene, it could have just been parallel development that led to the similarities. Great minds think alike and all that.

And because we know what you like, here's this:

This entry was posted in addendums, comics, Mattel, videos and tagged wrestling. Bookmark the permalink.