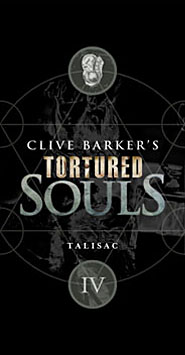 Book 4 - Talisac
The Surgeon of the Sacred Heart

With the Emperor and his family dead at the hand of The Scthe-Meister, and the head Don of Primordium, Duarf Cascarellian, slaughtered by Lucidique (along with most of his sons and Bodyguards) an uneasy peace had settled on the city. The minor brawls and battles that had erupted after the Great Insurrection quietened down. It was as though nobody wanted to draw attention to themselves; not with so many murderous forces abroad in the city’s streets.

The Military junta that had taken charge of the running of the city during this crisis was headed by a triumvirate of Generals: Bogoto, Urbano, and Montefalco. They were no better nor worse than any of their type; men who’d risen to the top of the belligerent trade by showing the greatest propensity for cruelty and control.

But beneath the institutionalized sadism and their manic capacity for violence, two qualities long hidden in the hearts of the three Generals, there also lay qualities that they would have been ashamed to confess they possessed. One, a sickly sentimentality (focused upon their mothers in the cases of Generals Bogoto and Urbano, and upon girls of six or seven in the case of Montefalco). Second, a startling capacity for superstition.

It went undiscussed, but they each knew the other was touched by a profound fear of the uncanny. And there was no city presently more inundated in unholy matters than Primordium. Rumour was rife here; and its subject was seldom rational. The stories that were passed around the soldiers’ campfires (and sooner or later reached the Generals’ ears) were of unnatural horrors: things that defied reason. Tales of monsters that had been bred from the loins of the Scythe-Meister; of the vengeful ghosts of children; of succubi, their sexual attributes discussed in clammy, but arousing detail.

One night, after some very heavy drinking, the three men vented their fears.

"It is my belief," Urbano said, "that this damned city is haunted."

The other two men nodded grimly.

"What do you suggest we do about it?" Bogoto asked.

It was Montefalco who replied. "Well, for a start... if I had my druthers I’d burn the illegal immigrant quarter to the ground. It’s they who engage in most of these unholy goings-on."

Montefalco had to concede the point. "At least we could target any element we suspect of intercourse with demonic forces."

"No, too theatrical. Shootings are clean and fast. And they don’t smell."

"That bothers you?" said Bogoto.

Montefalco shuddered. "I loathe the smell of burning bodies," he said.

While the Generals debated the relative merits of this kind of execution or that, Lucidique was sleeping - or attempting to sleep - in the house which her father had built many years ago for her mother. Her slumbers were uneasy. So many memories. So many regrets.

Often in earlier, simpler times, when sleep eluded her, she would go out walking. Now, of course, she could not go by day. The transformation of her body that had ben wrought by Agonistes had resulted in a physique which was strong, supple, and poweful, but terrified many who laid eyes on her. When she did go out - even in the blackest night - she did her best to keep to the quiet back-alleys of Primordium where she would not be seen.

Tonight, having given up on sleep, she went wandering in these alleys, and became aware that she was being followed.

After a little distance she sensed the rhythm of the step,and realized that she knew who her persuer was. It was Zarles Kreiger, the assassin turned Sctyhe-Meister.

She stopped, and turned.

The Scythe-Meister wasstanding a little distance from her. His flesh had the same sickly luminescence that hers did; a bacterial brightness that was part of Agonistes' handiwork. The rawer the wounds (and there were parts of both their transformed bodies that were designed to never heal) the brighter the luminescence with which they burned.

"I thought you'd left the city," she said to him.

"I did. For a while. I went out into the desert. Meditated on my changed state."

"And did you learn anything from your meditations?"

A few days after the three generals had exchanged their fears about the prescence of unsacred powers in Primordium, Montefalco brought them together again for a midnight journey.

"Where are we going?"

"There's a man called Doctor Talisac who has been conducting experiments on my behalf for several years now."

"What kind of experimentaion?" Urbano wanted to know.

"I hoped he would perfect me a soldier. Make a fighting machine that was not susceptible to fear."

"No. Not so far. Nor do I have a great hope for him now. He's addicted to many of his own medications, and... well, you'll see for yourself. But there was one failure of his which might be useful to us now."

"A useful failure?" Bogoto said, somewhat amused by the paradox.

"We need a creature that will drive the unholy elements out of Primordium. I believe he has such a creature."

"So will you see this creature with me?"

" I have him hidden away in what used to be the Hospice of the Sacred Heart, on Dreyfus Hill."

"I thought the place was empty."

"That's the impression I intended to give the world. If anybody ventures in there I have them killed and thrown in the canal."

"Is that what happened to the nuns?"

Montefalco smiled. "Nothing so humane, I'm afraid," he said. "Soldiers can be brutish if left to their own devices."

The subject was left there, and the three headed up towards Dreyfus Hill.

Zarles Kreiger stretched out naked on Lucidique's bed. She looked at him admiringly: at the plethora of scars; at the intricate way the mechanations of his flesh had been bound to Agonistes' own creations. Silver bonded with bone and nerve; gold and bronze on the same.

She climbed on top of him. Arcs of electricity leapt between them: nipple to nipple, eye to eye.

What a time this was! she thought. Here she was mating with the man who had taken her father's life. In a sense there was something even more taboo about their intimacy. They were both the offspring of the same father. Both Agonistes' children.

Kreiger didn't speak. It was Lucidique who realized what her lover's reference to Agonistes implied.

"You saw him in the desert?"

"And he sent you back here?"

"To be with you. He said you were the only thing that would make me happy."

The Hospice of he Sacred Heart was an enormous edifice, its upper floors in darkness. But the Generals didn't have to wait long for a guide. After a few minutes a female dwarf - who introduced herself as Camille - came with candles. She escorted the uniformed trio through the echoing cloisters (which were heaped with huge mounds of dirt) and down two flights of steep stairs into Doctor Talisac's laboratory.

His workspace had been dug out of the earth so as to accomodate the scale of the Doctor's experimentation and still preserve the secrecy of his location. In place of tile there was hard trodden earth beneath the Generals' boots, and the walls were beaten dirt. The place stank of cold earth: which served to complete the scene. For if the stench was that of the grave, so were many of the sights before them. The dead were Talisac's raw materials, and they lay everywhere around, in various states of amputation. He was an uneconomic consumer. In many cases the corpses were were lacking only a limb, or a portion of a limb; an eye, in one case, lips in another.

"So where is he?" Urbano demanded to know.

Camille pointed the way over a carpet of corpses to a dank corner of the immense chamber, where Talisac awaited them.

He looked, to the Generals' astonished eyes, like one of his own victims; a terrible, implausible experiment in the extremes to which a human carcass might be put.

He hung by his mouth from a device whose purpose was beyond the Generals' comprehension, his mouth hooked up, as though he were a fish. In his perversity, or his genius, or both, he had created some kind of external womb for himself. A semi-translucent bag hung from the lower portion of his abdomen, down between his spidery legs. There was life inside.

Montefalco took his eyes off the foul sight of he womb and its twitching contents, and addressed its owner.

"Talisac?" he said. "We need something from you."

Talisac turned his fluttering eyes in Montefalco's direction. When he spoke the maimed form of his mouth meant that what he said was virtually incomprehensible. It took Camille to translate it.

"We need a fiend to put fear into the heart of the Devil himself," Montefalco said. "A beast amongst beasts. Something to scour the city of its monsters by being still more monstrous."

Talisac made a strange sound - which might have been laughter; shaking as he hung from his hooks. The creatre in his womb responded to its parent's movement by spasming.

"How the hell did he come by that thing?" Bogoto murmured to Urbano behind his hand.

"He was wondering how Talisac got himself pregnant?" Urbano said.

This time Talisac pressed his lips into service, in order that he answer for himself. The reply was a single word:

"Really?" Urbano said, sufficiently reassured to step over some of the mutilated bodies to examine Talisac more closely. "Well I'm pleased to hear that. I would have been distressed if there's been some sexual impropriety here."

Again, Talisac laughed, though none of the Generals were in the mood to see the humour of the situation. His laughter spent, he spoke again. This time Camille's services as a translator were required.

"He has a golem he thinks would suit your purposes very well," the dwarf said. "He only asks one thing in return..."

"And what's that?" Montefalco said.

"That you shouldn't attempt to hurt any of his children."

"Meaning that?" Montefalco asked, nodding toward the twitching womb.

"What did he say?" Urbano said to Camille.

"He said it was his child," Camille replied.

"No harm will come of this Mongroid, if we are given a fiend of our own." Montefalco said. "I will personally guarantee that."

"Good." said Camille. Then, without Talisac speaking again, she added: "He would prefer if you did not come here again together. Only General Montefalco."

"You'll get no arguement from me on that account." Bogoto said, waving the horror away as he retreated. "If he gives us our monster, then he can give birth to a thousand little brats as far as I'm concerned. Just keep them the hell away from me."

Lucidique lay on the blood and sweat stained bed beside her lover, and watched the moon through the window.

"This can't last for long, you know. This thing between us."

"For two such as us to find some happiness together?" she said. "It's against nature. You killed my father. I should hate you."

"And you put me through hell at Agonistes' hands. I should hate you."

"Maybe we should go back out into the desert." Kreiger said, "We'd be safer there."

Lucidique laughed. "Listen to you. Safer! Isn't the world supposed to be afraid of us? Not the other way round."

Lucidique reached across the bed and ran her blade along Kreiger's arm. "We can't leave Primodium," she said.

"Why not? It's going up in flames, sooner or later. Let it burn."

"But love, we started the fire, you and me. We should stay to watch it to the end."

Kreiger nodded. "If that's what you want."

"It's the way things have to end."

"That's as good a reason as any I ever heard," Kreiger said. 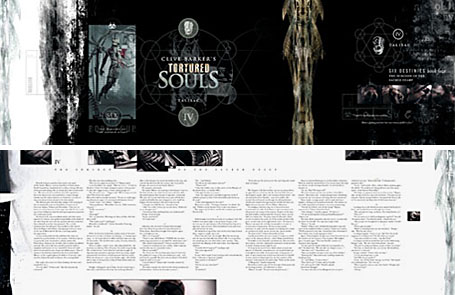