The Island of Dr. Hibbert addendum

Today yo reviewed the Simpsons Island of Dr. Hibbert playset, saying that it was the closest McFarlane came to duplicating the quality of Playmates' yearly "Treehouse of Horror" environments. That's very true - but did you know Playmates actually had plans to make a set themselves? 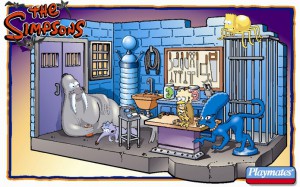 And as an added level of interest, that wasn't even the original plan for THOH 5: you can see different preliminary art here on DeviantArt.

This entry was posted in addendums, cancelled toys, McFarlane, Playmates and tagged Simpsons. Bookmark the permalink.