In today's review of the Amazing Heroes Blank Slate figure, yo said that while other companies have made similar things in the past (a company called Spherewerx, for instance, seems to trade almost exclusively on this idea, with their "Create Your Own Hero"/"Create Your Own Zombie" kits), no one has actually made them part of an existing toyline until now.

Unexpectedly, the first company to try the idea was ToyBiz. At Toy Fair 2000, they displayed three Homemade Heroes "craft sets" that would each have come with a plain torso, several heads and a few choices of arms and legs, plus some accessories and four markers. Apparently the craft sets were intended for distribution mainly outside North America, but it seems the idea was too far ahead of its time: 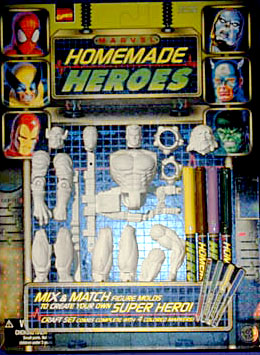 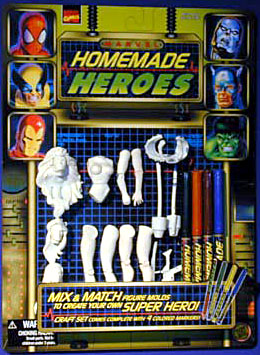 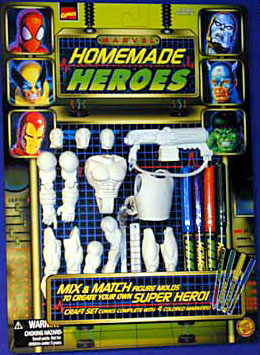