This is the latest in a series (of indefinite length and regularity) of blog posts memorializing cancelled toys. Our figures today are Part 2 of Fun Publications' "Only Human" GI Joe/Transformers crossover figures.

In 2017, Fun Pub lost the rights to host the Transformers Collectors' Club, and thus there was no BotCon. However, former employee Pete Sinclair held his own Transformers convention, "Pete's Robot Con," and brought along samples of planned TFCC exclusives that were never made, including a second wave of "Only Human" figures. 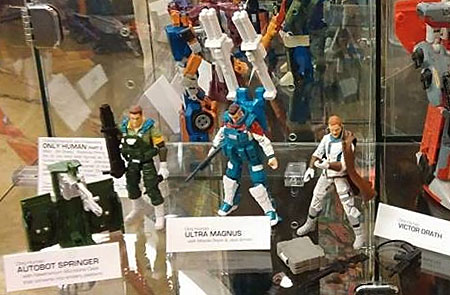 Transformers/GI Joe Crossovers
Only Human Part 2
After Old Snake, Rodimus Prime, and Arcee, the GI Joe body style figures as Transformers human/not-quite human characters might have continued. The quartet of Autobots were planned, as well as a Victor Drath to act as a partner in crime for Old Snake.

Let's take a look at the specifics of what was planned. How many existing Joe parts can you identify? 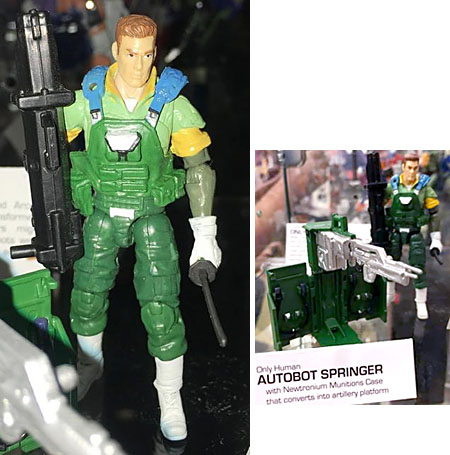 Springer would have come with a "Newtronium Munitions Case" that converted into an artillery platform (aka Jinx's weapons locker). 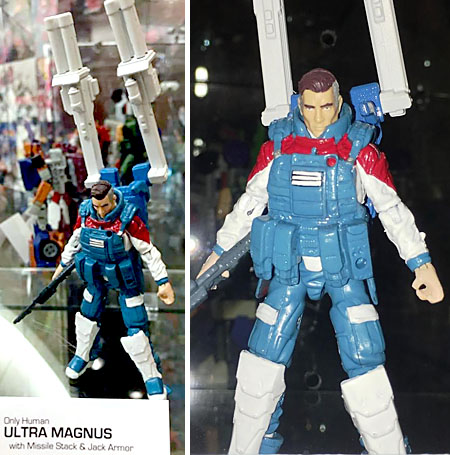 Ultra Magnus would have come with a missile stack and "Jack Armor," presumably referring to the used Iron Grenadier greaves being used to suggest his robot look. 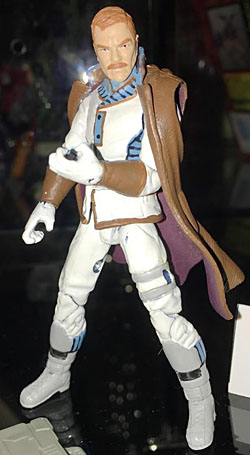 Victor Drath would have used the Club's Footloose head, and had a coat draped over his shoulders.

Technically Hasbro owns all these molds, so if they wanted to release the figures, they could. The odds of it seem fairly low, however.