In today's review of the Black Panther Comic Series Namor, we told you that T'Challa took his time making the Sub-Mariner pay for his crimes. Here, from 2015's Avengers #40, is what happened.

First, some backstory: the multiverse is collapsing. The New Avengers (Beast, Black Bolt, Bruce Banner, Captain America, Doctor Strange, Iron Man, Mister Fantastic, and Namor) find that the only way to prevent both universes from collapsing when they meet is to obliterate one of them. They destroy several alternate Earths to save their own reality, but the moral cost begins to weigh on them. Having no time for such things, Namor convenes the Cabal, a group of villains who won't be as squeamish about killing those alternate worlds. But eventually even he reaches his pre-set kill limit, and approaches the New Avengers with a plan to trap the Cabal on a world about to be destroyed. He sets them up, gets them involved in a huge brawl, and then books it to the escape platform: 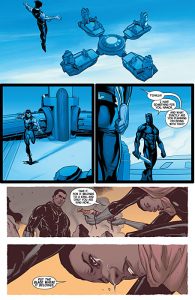 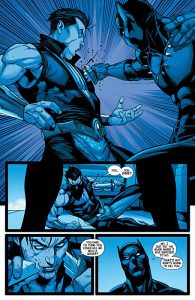 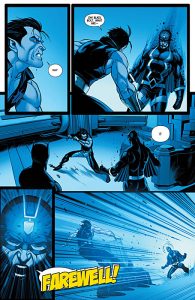 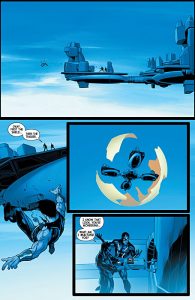 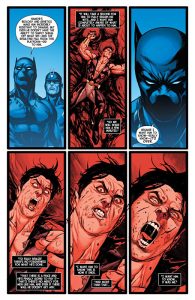 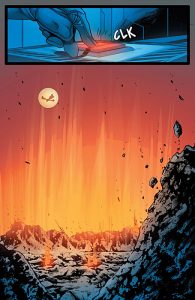 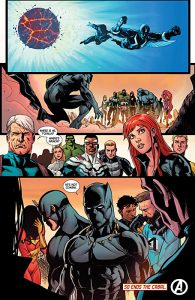 When it comes down to it, stabbing your enemy in the chest, blasting him off a flying platform, and waiting until he wakes up to blow up the planet he's on is some god-tier revenge.

This entry was posted in addendums, comics, Marvel and tagged Black Panther, Namor. Bookmark the permalink.

3 Responses to Black Panther vs. Namor