After reading my Runabout review, a lot of you were surprised or confused by my "only one version of a mold" thing. What, you haven't read every review we've ever posted? You don't remember the review from September 12, 2006? I count on your obsessive completist mentality to allow me to keep half-assing these reviews! 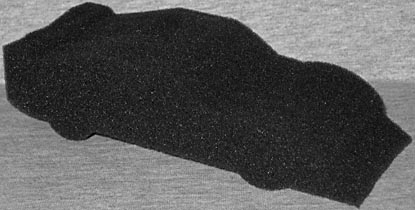 Anyway, why do I only buy one version of any given Transformers mold? Because for me, it's more about the engineering than the character, so if I have it once, I'm good. That's why I was fine with Sparkcrusher and Shadow Striker instead of Warpath and Wheelie, and why I didn't buy Generations Blurr (because I already had Dorifuto-san). So not buying more than one version of a Transformer mold is my own rule, my own personal "I before E except after C."

But hey, here's an OAFEnet fun fact: there are 167 words in English that have the "cei" in them (and only six of them in common use); 923 words have "cie" and 2,606 words have "ei" after something OTHER than C; that's 21 times as many words that break the rule as follow it, meaning it's not much of a rule at all, now is it? And similarly, here's are a bunch of Transformers I've bought that use the same mold as ones I already owned:

...aaaand that's off the top of my head. (And our Reviews page, of course.) There may be others I'm not remembering right now. The point being, for all my talk about not buying duplicates, I've sure got an ass-load of them, huh?

This entry was posted in addendums, lists and tagged Transformers. Bookmark the permalink.