Yes, today would have been "The King's" 95th birthday. We're honoring him by proving that anyone who's ever said the people he draws don't look like real humans is, well... 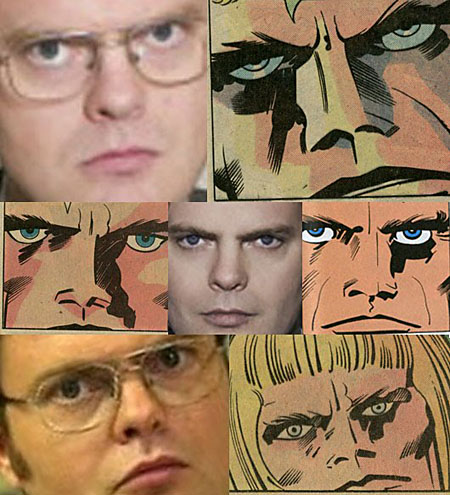 Now, Wilson isn't exactly a "handsome" fellow, but you cannot deny that he was what most people would recognize as a human face, and that said face looks like the ones Kirby drew.

This entry was posted in random, videos. Bookmark the permalink.