We've been fighting this fight for years - even longer than we've been trying to teach you what a "buck" is (and what it isn't) - but it's a slow battle. People are still making the same mistakes. Maybe some visual aids will help?

Since the day OAFE started, we've had a glossary of toy-related terms that clearly explained the difference between a line of toys, a series of toys, and a wave of toys. Let's look at those definitions:

Line
An entire family of action figures, encompasing both Series and Waves.
Series
A specific subsection of a line of figures.
Wave
A specific shipment within a series of figures.

So as you see, the breakdown is Line > Series > Wave. Here are some pictures:

Marvel is a brand, and thus also a license. "Hasbro currently has the Marvel license." 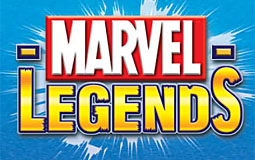 This is Marvel Legends Series 2. Not Wave 2, Series 2. "Arnim Zola was the Build-A-Figure for ML Series 2."

This is a wave:

And this is a different wave:

The first wave of ML2 had one set of the variant figures, while the second wave had the other variants. That's why we're still waiting for the Marvel Legends Series 3 variants - Blade and Moonstar - to show up: because Hasbro has not yet shipped wave two of Series 3.

So the problem comes in when people talk about series as though they were waves. Red She-Hulk is not part of Marvel Legends Wave 4. She's in Series 4. And since she has a variant, she may only be in Wave 1.

The defining factor of a series is character selection: when !CompanyName creates a set of figures featuring characters A, B, C and D, that is a series.

The defining factor of a wave is time: when a company makes and ships a set of figures, that is a wave. In January, !CompanyName ships cases of toys A, B, C, and D (Wave 1). Those sell well, so in March, they ship new cases of toys ABCD (Wave 2). Even if they shipped EFGH in February, that March shipment would still be Wave 2 (because EFGH would be a different series with its own waves). Maybe Wave 2 will feature some running changes. Maybe it will be a straight rerelease of what came before. But if it's the same ABCD assortment of figures, manufactured and shipped at a later date, it's a different wave.

It doesn't help that some companies use the wrong terms in an official capacity. There is no such thing as "DC Universe Classics Wave 19" - that's a series, no matter what Mattel calls it. They could call it DCUC Group 19, and it would still be a series, not a wave. So when you copy Mattel's terminology, you're merely repeating bad information and looking foolish in the process. Imagine if Ford sold a new model of car, but referred to it as a "floorboard." If any driver used that term, you'd look at them like an idiot, wouldn't you? Then why accept calling a series a wave when it's not?

This entry was posted in Geek Speak, Hasbro, Mattel and tagged Marvel Legends. Bookmark the permalink.