Saturday ended up being nutty. I had planned on waiting in line Friday night to get into Hall H for Saturday but decided against it after the horror story related to me by my friend who waited Thursday for a Friday wristband. In retrospect, I think I could have gone for it and gotten a wristband with much less hassle than he did, but I still ended up having a full and fun day away from the movie panels. 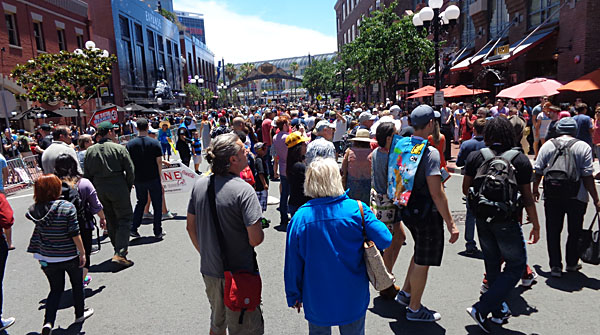 Intersection of 5th Avenue & K Street, both blocks of 5th are only open to foot traffic!

Saturday was so busy that, for the first time, San Diego shut down two blocks of 5th Avenue in the Gaslamp Quarter to cars making them solely open to foot traffic and resulting in a much nicer walking experience. The day is such a blur that I'll just share my rough notes with you rather than attempt to encapsulate the day, though I will give some follow-up after the notes.

- went to Hasbro first but line was capped, Stormtroopers sold out entirely by 10am
- went to Mattel, Batman v Superman 2-pack sold out by 9:45am
- went to Funko, can only get in line with a ticket and the tickets are being handed out randomly by employees walking around
- went to Super7 booth, got the flesh colored MotUscles
- went to October Toys and got some OMFGs, series 4 just arrived Monday
- went to Sketelor's Lair but they were sold out of black MotUscles and not sure when the one remaining case would arrive
- went to DST's Minimates panel
- went to Con Suite for break, saw a sword fight and cosplay photo shoot on the way out
- went to Hasbro Marvel panel
- AFI 10th anniversary panel
- went to dinner with friends and was out till 2am 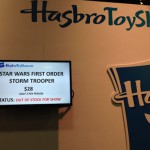 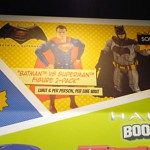 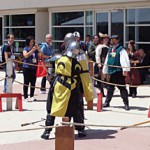 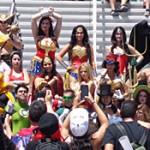 Action Figure Insider's "Industry Panel" was, as always, a highlight of the show and this year he a great, big panel! There was Zach Oat (DST), Kevin Kiniry (DC Collectibles), Jerry Macalouso (Pop Culture Shock), Reis O'Brien (Funko), Jean St. Jean (JsJ Studio), Steven Anne (Walgreens) and Pierre Kalenzaga (Mezco)! It was very cool to Steve Anne there since it's the first time a Buyer has been on the panel (and really he's the first Buyer for a Store that's ever made himself public) so he had some interesting things to share, not a lot of nitty-gritty industry stuff but certainly that as a toy fan himself he's been excited about finally being able to make Walgreens more of a destination with all of the exclusives. They started with McFarlane and that got Hasbro's attention and now they have stuff planned with DST and Funko too! It's been a bit tricky for him to figure out placement of certain brands on shelf considering the more family-oriented clientele and, of course, finding space for everything he's wanted to carry. With all of their sales data, though, they've been able to single out the top 800 stores that are doing best with toy and exclusives sales and they'll be expanding those stores' toy sections with more collector product, even stuff from NECA, to try and capitalize on that and continue to grow the relationship with collectors. Really neat stuff to hear from, sort of, the other side of industry than we ever get a chance to interact with. The rest of the guys were really fun, as always! 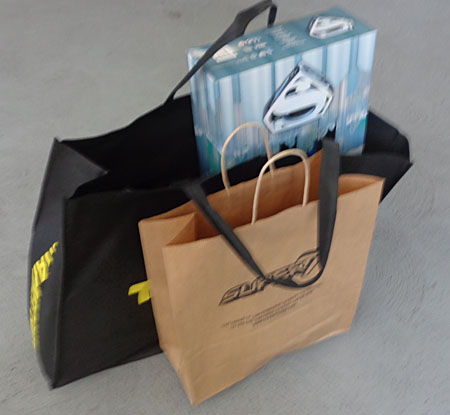