Disney Infinity is dead, and toys killed it

If you've ever eyed the figures for the toys-to-life game Disney Infinity but were turned off by the price, you may want to start looking at you local store's game section again, because the game has been cancelled. 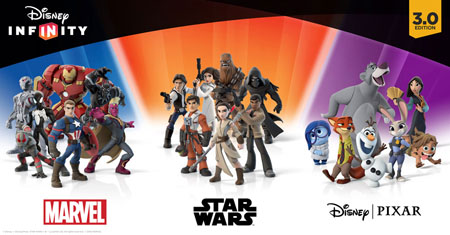 An article on Kotaku has interviews with the folks who made the game happen, and they pull no punches in laying blame:

When Disney Infinity first took off in 2013, it was very hard to find the toys for some of the characters. Though it's easy to suspect shortages are nothing more than cynical manipulations by corporations, it's also lost revenue. The sources I spoke to said Disney took the shortages during Disney Infinity 1.0 seriously. Disney wanted to avoid that problem in the future.

"The biggest issue with 2.0," said one source, "and probably the reason for the closure of the studio and the end of Infinity was that they made too many toys. Infinity 1.0 had a major shortage of toys. They were almost always off the shelf and manufacturing was behind by months. [...] The expectation was that the brand would grow and they would sell more units and toys. It's hard to put in perspective how big of a failure this was since all those additional units were added to the books destroyed any chance for 2.0 to be profitable."

And even more specifically:

One source pointed to Hulk, one of the game's most popular characters. A story bouncing around the company was that expectations for Hulk were so huge, they produced two million toys. Unfortunately, as the story went, they only ended up selling one million units.

That kind of thinking is what led Atari to produce more copies of (famous flop) E.T. than they'd sold consoles.

Even a plan to shift the production of the toys to Hasbro wasn't enough to save the game. Disney is closing its in-house design studios and opting instead to license their properties to outside companies.

This entry was posted in Disney, news and tagged Avengers, Hulk, Star Wars. Bookmark the permalink.