The story of Mythic Legions 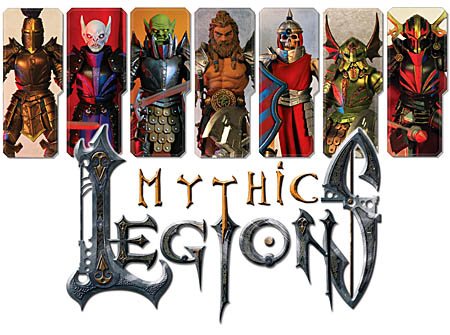 The Four Horsemen's Mythic Legions toys have started shipping, which means we will soon be reviewing them. Here, from the back of the card, is the history of the world behind the characters: 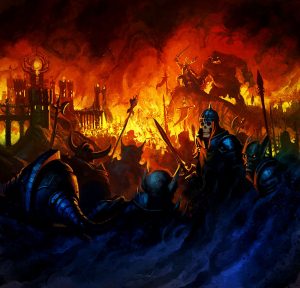 Once, there was an age so far distant that only its stories remain. These are the stories of Mythoss, a peaceful kingdom populated by great beasts who walked side by side with women and men in a harmonious land, brimming with joy and prosperity. But these stories also tell of vast and terrible evil armies sent to destroy the kingdoms of Mythoss and all who called them home. These stories immortalized the names of Leodysseus, Bassylia, Xylona, and Eathyron, the brave beasts who stood up and fought the dark forces threatening their beloved land of Mythoss. Their bravery saved Mythoss, but sadly, after their stories ended, their land would remain forever stained by a darkness that will never be forgotten.

Now, a new story is being written. As memories of the ancient ages have faded over time, so have those of the great beasts that once walked the earth. In their wake, four massive legions, each dedicated to the memory of one of the brave defenders of yesteryear, have assembled. Over the centuries, these legions have relegated evil to living in the darkest corners, far away from the noble kingdoms of Mythoss.

But now an uneasiness stirs and casts a dark shadow over the land, fueled by whispers of the return of the ancient evils, Poxxus, Illythea, Arethyr, and Necronomicus, the evil masses have mobilized their own own armies dedicated to ushering in their dark masters' return.

The stage is now set for the greatest story of all, as good and evil clash in an epic battle to determine the destiny of Mythoss - the story of Mythic Legions.

And here's more of Nate Baertsch's packaging art (this is the front - the image at the top was what's shown on the back): 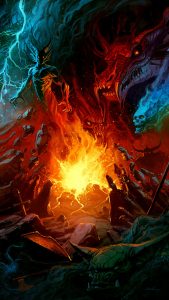 Beginning with the "Covenant of Shadow" Series, the story has been advanced with the various themed releases:

Long ago, when endless night finally surrendered to light of day, the followers of the ancient evils broke into four different factions, each dedicated to their master's return. Gathering in the secret corners and forgotten fringes, these groups grew in size and silently summoned fervent multitudes to their disparate and isolated armies. Now that the armies have been amassed, they are fueled by their faith in their masters' imminent arrival. In anticipation of that arrival, the faction leaders all sent their most trusted emissaries to a secret meeting where a horrible pact was born - The Covenant of Shadow.

The Advent now whispers to a close, softly fading into the night. As the oppressive darkness closes in, the denizens of Mythoss unsteadily shutter their windows, all the while not exactly knowing, yet silently dreading, what's to come. Darkness and dread have slowly and steadily spread across Mythoss. The only light piercing the black comes from frighteningly sinister eyes as the vile and pestilent creatures rear their repugnant heads. Shield yourselves, brave Mythic Legionnaires! THE TIME OF DECAY HAS BEGUN!

From all across the world warriors were gathered either voluntarily, or sometimes by force, to test their mettle within the walls of the Mercurian Coliseum. Attlus and Calavius led a revolt among the gladiators of the barbarous Mercurian Coliseum, and now the former combatants are scattering to the various factions, with Rahmulus swearing to go find his missing twin brother.

The villains lay siege to the frozen northlands outpost of Sjelgard, stealing the weapon capable of resurrecting the evil goddess Illythia.

Evil's return to Mythoss was calculated, deliberate and entirely lacking in fanfare or bombast. Its subtle dark malice crept over the realm like a shadow, cursing it slowly. Ages of peaceful complacency led many to turn a blind eye toward the evil forces that lurked in the dark. The first major show of force ushering in the new age occurred when the Legion of Arethyr spilled out from their realm of Arethorn and into the rugged wastelands of Bjorngar. Considered the first major battle in the second age of darkness, the siege at Bjorngar serves as a bloodstained landmark in the history of Mythoss.

The fallout from the Siege at Bjorngar sees the survivors wandering the land and trying to survive, while the goblins are plotting something.

The first of the four evil gods returns to Mythoss, with demon forces in tow.

The second evil goddess returns to her vampire servants.

This entry was posted in addendums, Four Horsemen, lists and tagged Mythic Legions. Bookmark the permalink.