This is the latest in a series (of indefinite length and regularity) of blog posts memorializing cancelled toys. Our figure today is ToyBiz's Dire Wraith.

Today's Revolution box set featured IDW's version of the Dire Wraiths, but ToyBiz almost made one back in the late '90s. This large adult son was intended for a planned subset of 6" Silver Surfer figures tentatively dubbed "Marvel's Weirdest Aliens." The figure was sculpted by Clayburn Moore - the only work he ever did for ToyBiz. The prototype was lost until Marvel was moving offices, at which point Jesse Falcon had Eddie Wires give it a fancy paint job: 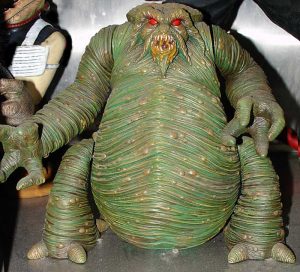 Despite being offshoots of the Skrulls, the Dire Wraiths were never shown as green in the comics, only red. So while that paint job looked great, this second one is more accurate: 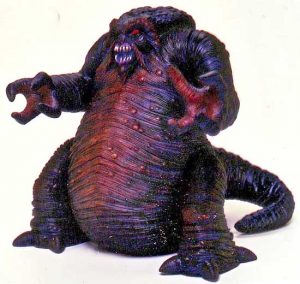 The Dire Wraiths weren't limited to just being Rom enemies: they became a pretty big ongoing threat to the X-Men, Avengers, and the Marvel universe at large; considering that, it's a shame this figure was never made.